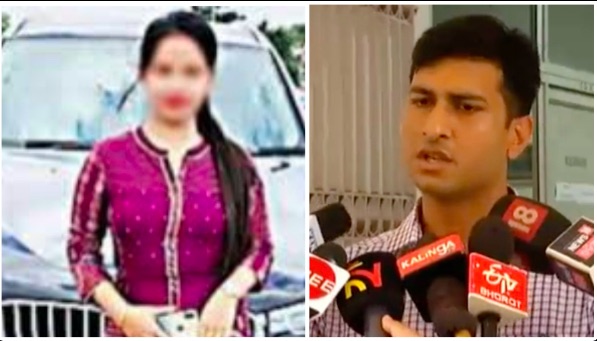 Bhubaneswar: After arresting Archana Nag for allegedly running a honeytrap racket in Odisha capital, police have written to the Reserve Bank of India (RBI) to ascertain details about her bank accounts and fixed deposits, Bhubaneswar Deputy Commissioner of Police (DCP) Prateek Singh told the media on Sunday.

“While all assets owned by the woman blackmailer are being assessed, an investigation is also in progress to obtain detailed information about the companies functioning in her name,” he said.

According to the information shared by Jagabandhu Nag on his Facebook profile, he and his wife Archana are directors of Additya Prestige Agro private limited. The firm, involved in wholesale of variety of goods, was incorporated in January 2021 and is registered with the Registrar of Companies in Cuttack.

Jagabandhu and Archana are also the managing director and director respectively of Golden Empress Pvt Ltd, which was incorporated in June this year and is also registered at Registrar of Companies in Cuttack. It deals with camping sites and other provision of short-stay accommodations.

Stating that probe is also on to identify others involved in the racket, the DCP said that notice has been issued to the woman’s husband Jagabandhu Chand who is yet to be questioned because of his ill health since he had undergone surgery recently. “We are conducting the investigation from all angles and examining all possible aspects,” he said.

While phones, tablets, a laptop, pen drives, bank passbooks and other articles have been seized from Archana’s house, all electronic gadgets have been sent to the state forensic science laboratory for proper examination, Singh said.

“The blackmailer used to develop friendships with different people and capture their photos. Later, she used those pictures to blackmail them,” he said, adding that Archana was arrested on the basis of a complaint lodged by a girl at Khandagiri police station on October 2.

The DCP said that she had blackmailed the girl into the racket and used her to trap a filmmaker and extort money from him. Subsequently, a case was registered under Section 358/386/490 and 506 of the IPC and the probe is on, he added.

Archana, who allegedly ran a racket that lured rich and powerful persons into physical relationships with women, was arrested on Thursday night.