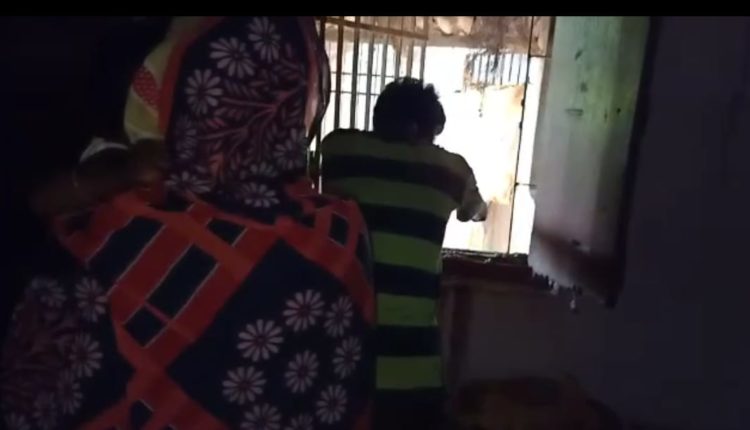 Bhubaneswar: A tribal couple broke the iron window railing of their Mayurbhanj home within an hour to save themselves from a King Cobra, which had entered their premises.

All hell broke loose in the Munda house when Okil and Kuili Munda spotted a King Cobra darting from behind a door towards their two-year-old son on Thursday night. They live near Lulung Gate under Pithabata Range in Shimlipal area of ​​Mayurbhanj district.

Okil managed to pull the child in the blink of an eye. But he had no idea how to get out of the house with his wife and son as the snake was blocking the door.

The family stood on the bed in the house and repeatedly kicked the iron railing on the window hoping that it would come off. It did come off after one hour of continuous kicking and the family managed to escape through the window.

The local forest department was informed about the incident and the Pithabata Range Officer requested Krushnachandra Gochayat, an experienced snake rescuer from Baripada to rescue the deadly snake. Krushnachandra, along with his wife Sasmita Gochayat, rushed to the spot and rescued the 8-foot long King Cobra.

“We got information that a couple and their child are stuck in a room with a snake. My husband and I rushed to the spot. We saw that they had broken the iron window railing to escape. We rescued the snake from there. Then with the help of Forest Ranger, we released it a nearby jungle,” said Sasmita Gochayat.

The snake was released by the Pithabata Range officer inside the Shimlipal Tiger Reserve.