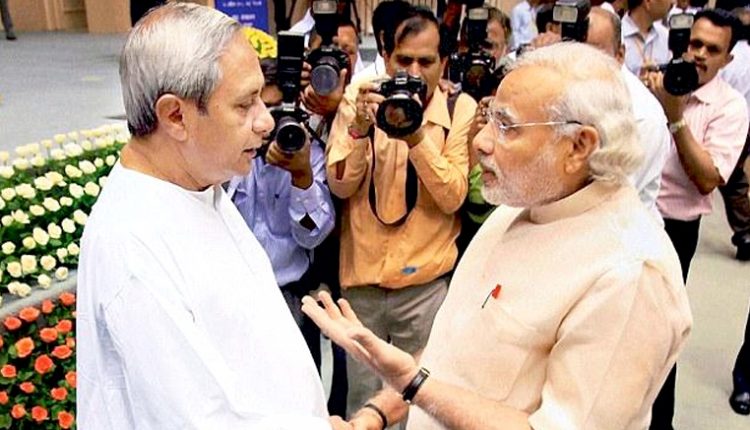 Naveen Patnaik proved that he was invincible in Odisha as the BJD won 113 Assembly seats in the 2019 elections and he became the Chief Minister of the state for the fifth term in a row. He is one of the longest serving chief ministers in the country.

For the first time, the BJD president contested from two Assembly seats – Hinjili and Bijepur, which he vacated later. Naveen had won the Bijepur Assembly constituency by a margin of 57,122 votes and his nominee Rita Sahu retained the seat by a record margin of  97,990 votes, six months later.

The BJP, which was riding high on the Narendra Modi wave, failed to come even close to its 120 plus Odisha target. It had to be content with only 23 seats, which was a huge setback for Union Minister Dharmendra Pradhan, who was the face of party in the state for the last five years.

The BJP, however, fared well in the Lok Sabha elections, sending eight parliamentarians to New Delhi.

It became increasingly difficult to keep track of politics in Odisha, as the Aya Ram Gaya Ram culture, once synonymous with Uttar Pradesh, gained currency in the state across all political parties in 2019.

Ahead of the elections, BJP state vice-president Rajkishore Das quit the party, accusing Dharmendra of “torture” and compared him to Aurangzeb. Senior BJP leader Subash Chauhan, who was denied a party ticket to contest from the Bargarh Lok Sabha constituency, also resigned from the party and joined the BJD over his alleged differences with the Union Minister.

Utkal Bharat founder and former MP Kharavela Swain returned to the BJP. A two-time MP from Balasore, he later founded Utkal Bharat and spoke of improved education, problems of farmers and steps against corruption by organising street meetings throughout Odisha. The public took his voice against the ruling party seriously. In November, 2018, Swain was allegedly manhandled by some BJD supporters while holding a public meeting at Dungura village under Khaira block. At that time, the people of Odisha were critical of the ruling BJD. But when he joined the BJP and was given a ticket for the Kandhamal Lok Sabha constituency, people lost faith again.

Senior political leader and former Paradip MLA Damodar Rout joined the BJP in March this year. After being expelled  from BJD in September 2018, he, along with former Puri MP and ex-Union minister Braja Kishore Tripathy had floated Biju Samata Kranti.

Another former BJD leader, Baijayant Pand, who was also expelled from the party for anti-party activity, had joined the saffron party in March.

Faced with the possibility of being denied party nomination for the ensuing Lok Sabha elections, senior BJD leader and former Dhenkanal MP Tathagata Satpathy announced that he would not contest the 2019 polls and focus on journalism.

Later in March, his daughter, Sunita Biswal, joined the Biju Janata Dal (BJD). She was the Working Congress President of Sundargarh district. While she was BJD’s candidate from Sundargarh Lok Sabha seat, her sister Amita contested the election from eponymous assembly seat on a Congress ticket.

Another veteran leader, Dilip Ray, had to go into political hibernation after talks of his returning to BJD fizzled out despite him being spotted at Naveen Niwas ahead of the elections. He had quit the saffron party in November 2018.

While Naveen’s previous electoral triumphs were more or less foregone conclusions even before voting day had arrived, Elections 2019 was certainly not the same. For the first time in his over two-decades-old career, he was up against a tough opponent in the BJP, which, boosted by virtue of being in power at the Centre, had the resources and motivation to upset the BJD’s applecart.

BJD and BJP fought the elections based on populism with both parties rolling out various schemes and making lots of promises. BJD seemingly outwitted the saffron party with a slew of development programmes, sops and doles, combined with effective implementation of certain flagship schemes like “Ama Gaon Ama Bikash”, “Biju Swasthya Kalyan Yojana” and “KALIA” brought in a “feel-good” factor, prompting the Chief Minister to even sell his “apana khusi tah (Are you happy?)” remark with abandon.

Naveen also played the women’s card well.  The BJD president’s announcement, carefully wording his statement to mean only Lok Sabha polls, was no less than a masterstroke. It was also a calculated move by the 72-year-old satrap, keeping in mind the state’s 200 lakh woman population. Reservation for women has been a pet issue for Naveen, who has since long been pushing to provide women their rightful place in the decision-making process.

Unlike the 2000, 2004 and 2009 polls, BJD had since 2014 engaged in massive publicity. The ruling dispensation stepped it up, especially after its less-than-expected success in the 2017 panchayat polls, leaving no stone unturned in branding schemes and reaching out to the masses

Some predicted that Naveen would get a thin majority while others had started talking of a fractured mandate. There were still others, obviously pro-BJP in their political leanings, who were optimistic of the saffron party forming the government in Odisha. But he silenced his critics and doomsayers by registering an overwhelming victory.

For the first-time ever, the Bhubaneswar LS seat went to the saffron party with former bureaucrat Aparajita Sarangi defeating Arup Patnaik, the former Mumbai police chief.

Similarly, Pratap Sarangi trounced sitting MP and BJD candidates Rabindra Kumar Jena. He was also awarded  with a ministry in the Modi 2.0. In June, the Balasore MP stunned everyone with his multilingual oratory skills while delivering motion of thanks on the President’s address in Parliament. He quoted extensively from Bhagavad Gita, Upanishads, Rig Veda, Adi Shankracharya and Tulsidas and recited a poem in Odia.

Three heavy-weights of the party also had to bite dust in the elections.

The cold streak of Naveen’s bete noire Bijoy Mohapatra continued in 2019 and he again lost the election, this time from Patkura which almost put an end to his political career. The veteran leader fought this election from BJP, which he quit in November 2018 and rejoined the following year ahead of the elections. This defeat dashed his hopes to return to the Odisha assembly after 20 years.

The BJD saw a surge of woman power with five of the seven MPs field by the party winning the election. Naveen, who had been pushing for women’s reservation in Lok Sabha, had made a historic announcement to field 33 per cent women candidates in the parliamentary elections and kept his promise.

Among the winners were Chandrani Murmu, a tribal woman from Keonjhar who became the youngest Member of Parliament (MP) at the age of 25 years and 11 months, and Aska MP Pramila Bisoyi, a  Self Help Group (SHG) worker.

Even as Congress’ decline in the state continued and Odisha Pradesh Congress Committee president Niranjan Patnaik lost from two seats – Ghasipura and Bhandaripokari.

The BJP dislodged the grand old party as the main opposition in Odisha as the latter could win only one Lok Sabha seat and nine assembly seats in Odisha.

It started with then BJP president Amit Shah praising Naveen for violence-free campaign in Odisha. It came a little over a week after Prime Minister Narendra Modi too had said the BJD leader’s planning before Cyclone Fani made landfall was “excellent”. These were seen as an attempt to humour a potential ally at the Centre.

The BJP chief had earlier called the same Naveen government “corrupt and inefficient” and compared it to a “burnt transformer” ought to be thrown out.

Naveen, however, succeeded in maintaining the Mr Teflon image with the taint hurled by opponents not sticking to his white pyjamas and registered an emphatic win, pushing both BJP and Congress to a distant second and third.

Now, it was payback time for BJD, which supported NDA candidate Ram Nath Kovind for the post of the President in June 2019. A few days later, Naveen Patnaik gifted a seat to BJP in the Rajya Sabha elections by endorsing its nominee former IAS officer and private secretary to former PM Atal Bihari Vajpayee, Ashwini Vaishnaw, despite having a brute majority in the Upper House to see through all its candidates.

The BJD later supported the Muslim Women (Protection of Rights on Marriage) Bill that made instant triple talaq a criminal offence. The party later backed the decision on the NDA- government to scrap Article 370 and the Citizen Amendment Act (CAA).

Following pressure back home, Naveen, however, said that the state will not implement the NRC.