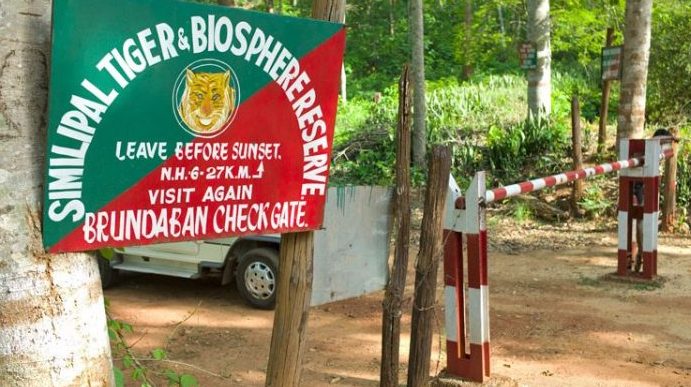 Bhubaneswar: The Similipal Tiger Reserve (STR) in Odisha has launched two special programmes as part of its efforts to promote tourism by encouraging young nature lovers and wildlife enthusiasts.

While one programme offers a nature trail, another initiative will give an opportunity to youngsters to spend a day with a forester. The two programmes, slated to be held on October 9 on the occasion of wildlife week being observed from Sunday, will be guided.

According to sources, a total of 10 selected youths, who win in various contests like photo, five km run and cyclothon and an essay contest, will be taken inside the reserve to experience the nature trail.

In another programme, five selected youths will be given an opportunity to spend a day and night with a forester, who will share his/her experience with the young enthusiasts about conservation and life in the forests.

The programme aims at imparting nature education to the young people so that they understand the flora and fauna of a reserve as many people are curious to gather information about forests and animals, said an official.

The youths will be able to understand the manner in which conservation is undertaken through their exposure to forests and interaction with a forester. This, in turn, will play a significant role in promoting nature tourism, Deputy Director (Similipal North) Sai Kiran told TOI.

Describing Similipal as the only forest where black-striped (melanistic) tigers are found, wildlife experts said the reserve happens to be isolated and offers little scope for tigers to mate with big cats of the neighbouring reserve. Because of in-breeding, the offspring developed black pigmentation, they say.

Similipal is spread over 2750 sq km with a core of area over 1195 sq km and a buffer of 1555 sq km. To check poaching, the authorities have taken special measures like setting up of over 100 protection camps and undertaking foot patrolling during monsoon season.

Dussehra: Traffic Congestion Spills Over On Major Roads Of Bhubaneswar