FeaturedFood
By Satya Mohapatra On Sep 26, 2021 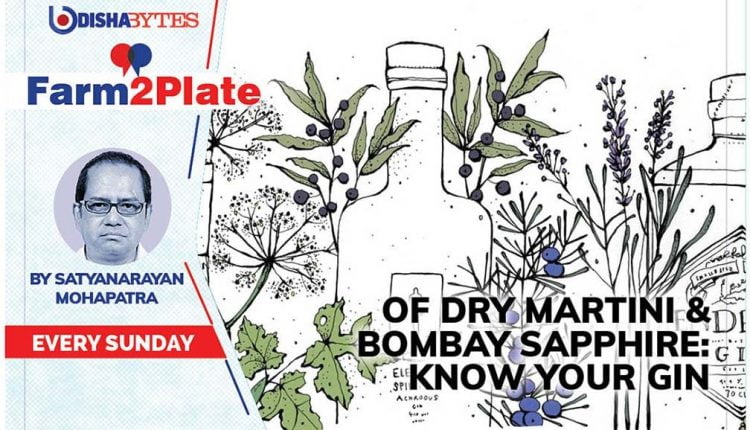 The credit for the invention of Gin goes to the Dutch colonialists as this concoction was given to the malaria-afflicted patients in the tropical lands that they had conquered. Down the years, Gin has become an integral part of any bar. It can be taken in its original form or state or be a part of a cocktail as it has a clear neutral colour. This drink has gone through quite a change through time, distillation methods and maceration techniques.

Gin is a neutral spirit distilled from cereals, principally in the Anglo-Saxon countries. This form is either re-distilled or simply flavoured with juniper berries. It is also re-distilled with other spices such as cardamom seeds, angelica and coriander seeds.

The earliest technique was the pot distilled gin, which was produced by pot stilling grain mash that was redistilled with the flavouring botanical herbs to extract the aromatic compounds. This can be redistilled again with more botanicals to have a strong aroma. In this method the alcohol content is less with around 68% ABV in a single distil and around 76% in a double distil. This varietal is often aged in an oak cask or in tanks, thus it is heavier and malty in flavour with a resemblance to whiskey.

In the column-distilled gin, the concentrated spirit derived from grain, grapes, potatoes etc. is redistilled with juniper berries and botanicals hung in the pot still, the hot alcoholic vapours extract the flavouring components, thus having a lighter flavour than the older pot still.

The compound gin is made by adding the flavouring to the neutral spirits with essence. This is not redistilled and is not regarded as gin per se as is the case of the gins we find in the Indian IMFL shops. The flavouring agents used are citrus element, star anise, liquorice root, cinnamon, almond, lime peel, coriander and other herbs depending on the source of origin.

London Dry is considered to be the best and the flavour is due the proprietary gin head it has and also due to the second or the third distillation. It is still the company’s secret as to how they pass the vapour through the specialised still and the Gin head attachment. This Gin is preferred for making martinis.

Old Tom Gin is sweet with a tinge of citrus. Connoisseurs consider this to be a sweeter version of London Dry. The famous cocktail ‘Tom Collins’ used this as the base. All the cocktails which originated in the 19th century had this as the base. Of late, this has become a craze among the neo cocktail admirers.

Genever, which is always made from grains like rye, malted barley and corn, originated among the Dutch and Belgian distilleries. This middle age distilled spirit is the base of all the classic American cocktails. This gin has the same process of distilling the spirit from mashed grain as is done for whiskey. The American variant has a reading of seventy to eight percent proof while the English counterpart has two variants: Oude Genever that has a straw hue and is sweet and full of aroma of the botanicals used and Jonge Genever that is dry and lighter due to high alcohol content.

The other popular brands are Caorunn, Beefeter, Bombay Sapphire, Hendricks and our own‘Blue Riband.

Since the invention of the first gin-based cocktails, lemon juice has been the favourite accompaniment as in the famous Gin Fizz or Aviation. The subtle aromas of gin found in many cocktails are more or less pronounced according to the amount used.

Gin mixes readily with all kinds of ingredients. It has been associated with Vermouth, Dry Martini and Journalist & Martinez. Gin is best with chilled tonic, soda and lime cordial. The famous cocktails have been Dry Martini and Tom Collins.

One for the road: Former US President Franklin D Roosevelt was a fervent enthusiast of dry martini. It is said that when Prohibition ended in 1933, Roosevelt’s first act was to celebrate with a dry martini.

Flyers From India Can Board Direct Flights To Canada From Tomorrow; Check Travel Guidelines

Cyclone Gulab To Cross Odisha Coast Between Chikiti & Chatrapur! Another LOPRA This Week