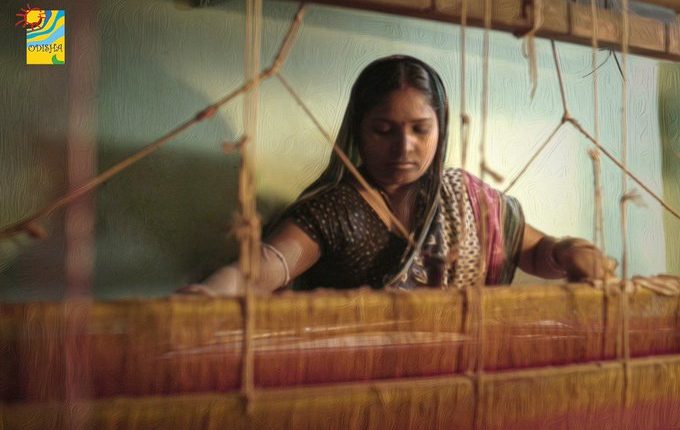 August 1 is being celebrated as ‘Sambalpuri Din’ (Sambalpuri Day) for the past few years across several districts of western Odisha.

People in general too celebrate the day by wearing Sambalpuri sarees and dress materials. The idea is to showcase the rich culture of the area to which Bohidar contributed immensely and the cultural heritage of which Sambalpuri cloths and the weavers are a significant part.

For a long time, artisans in western parts of Odisha have been weaving the Sambalpuri sarees, widely known as “six-yard wonders”.

Post Independence, due to the efforts of some Gandhian cooperative leaders, the weavers became more organised and the word Sambalpuri became sort of a brand name associated with the handloom product.

Bargarh district became the epicentre of manufacturing Sambalpuri products with neighbouring Subarnapur (widely known as Sonepur) and Boudh being other major weaving hubs. Some weavers were scattered in parts of Sambalpur and Balangir districts as well.

Sambalpuri handloom products found their way to different destinations across the country and the world through markets in Sambalpur and Bargarh. Other urban centres of Odisha including Bhubaneswar also became major retail centres.

The elegant and exquisite Sambalpuri sarees were the preferred choice of many prominent women personalities. Its best brand ambassador, albeit unofficial, was undoubtedly former Prime Minister Indira Gandhi who often wore them to office and public functions. In the eighties, Sambalpuri saree almost became the uniform of women anchors of Doordarshan.

The uniqueness of Sambalpuri clothes is the tie-and-dye method of weaving, which ensures that the materials shine even after a decade. Weaving the Sambalpuri saree with this method takes time. A single saree may take a week, a few weeks or even a month to complete depending on the intricacies of weaving.

That’s why the price of the material is on the higher side as compared to many other handloom products. But, it has never been an issue with connoisseurs and commoners. A Sambalpuri saree can be passed on from one generation to another – from mother to daughter to granddaughter – with its glaze not fizzling out a wee bit with passing years.

Not just the sarees but also other Sambalpuri handloom products like male attires, towels, bed sheets and curtains were in high demand. In Odisha, people took pride in having Sambalpuri products in their repertoire. No marriage was complete without new Sambalpuri sarees and other dress materials for the brides, grooms and other guests.

Threats to the fine handloom products came in many forms at different times in the past – in the form of cheaper copycat print products or a generational shift from saree to salwar kurti and now jeans. But the product has weathered them by going for diversification like the introduction of ready-made shirts and dress materials for both men and women.

However, the most recent threat seems to be hitting the Sambalpuri handloom’s core area – the marriage market. Thanks to ad blitzkrieg and soap opera influence, the Sambalpuri products are getting replaced by branded clothes and fancy lehengas and sherwanis during marriage seasons.

The highest concentration of over 12,000 weaver families is in Bargarh. It is followed by Sonepur, which has 5,000 families.

Recently, Sonepur collector Aboli Sunil Naravane urged the government employees in the district to wear Sambalpuri clothes to the office every Monday. Ostensibly, Naravane’s idea was to boost the handloom sector and thereby help the weavers in her district.

This is laudable but here self-realisation of people, in general, may be of bigger help. A change in perspective makes all the difference.

For instance, the upward mobile Next Gen youth have a fascination for branded lehengas and sherwanis during marriages. They don’t mind coughing off exorbitant amounts ranging between Rs.20,000 and Rs.1 lakh a piece. This is despite the fact that they will never wear them after marriage.

Sambalpuri sarees and clothes, on the other hand, are more exquisite and elegant and come at a competitive price. It makes sense in buying them as one can use them for decades after marriage.

We need to be proud of a product that we can call our own. IAS officer couple, Arabinda Padhi and Usha Padhi, regularly post their pictures in Sambalpuri attires on social media. Recently, filmmaker Jitendra Mishra showcased his elegant Sambalpuri jacket at the Cannes Film Festival.

This spirit and self-belief we need to keep not only for Sambalpuri handloom but also for all handloom and handicraft products created by our weavers and artisans of Odisha.

Sambalpuri Din is a step in the right direction. It not only celebrates the art and culture of western parts but also is a tribute to the weaving community across Odisha.