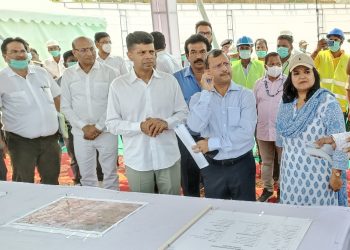 Bhubaneswar: Suresh Chandra Mahapatra has got two successive extensions of six months each as Chief Secteray of Odisha and will remain in office till February 28, 2023, following the green signal for continuing in the service from the Centre.

While this should put to rest speculation over his successor, here are a few plausible explanations based on information with Odisha Bytes and speculation in different circles:

1. Suresh Mahapatra is attuned to the present style of functioning of the Naveen Patnaik dispensation, especially the 5T framework of governance. Anyone else would have taken time to adjust to it. The powers that be possibly chose to maintain the status quo to ensure continuity in the administrative dynamics so that the ruling coterie’s pet projects are not affected.

2. He has enjoyed the trust of the power centres in the ruling BJD and managed to stay away from controversy.

3. The government bosses were reportedly keen on having Rajesh Verma, who was formerly principal secretary to Chief Minister Naveen Patnaik and is currently on central deputation, as Chief Secretary. Going by sources, he was not willing to return to the state immediately. Recently he has been posted as Principal Secretary to the President. Hence his chances of returning to Odisha in the near future are slim. Consequently, there seemed no consensus on the next choice though Development Commissioner P K Jena had emerged as a strong possibility.

The 1986-batch officer had got his first extension due to the announcement of the panchayat poll in February. He succeeded Asit Tripathy as the Chief Secretary on January 1, 2021.

Mahapatra, however, is not the lone IAS officer to get an extension of service. R N Das got three extensions of six months each during the tenure of then CMs Biju Patnaik and J B Patnaik in the mid-nineties.