Poison In The Air: Six Odisha Cities Most Polluted Among 102 In India 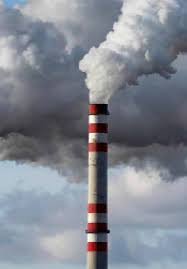 Bhubaneswar: Here is some disturbing news for Odisha as the world prepares to observe World Environment Day on Wednesday. Six cities of Odisha are among the 102 most polluted in India.

Whatever be the season, women can be found walking on the busy streets of Bhubaneswar, their faces covered with a dupatta. The sight becomes more common as you move towards the industrial belt of the state.

Bhubaneswar witnessed the worst foggy sky in its history this winter. According to a report of the Odisha State Pollution Control Board, Bhubaneswar is recording an alarming level of suspended particulate matter (SPM) in air. It leads to serious aggravation of heart and lungs diseases and increases the risk of premature death. It could also lead to cardio- respiratory diseases.

The National Green Tribunal (NGT) in its hearing on November 10, 2018 observed that in Odisha, the primary reasons of air pollution are vehicular emission, road dust, industrial pollution, pollution from construction and demolition work.

University of Chicago’s Air Quality Life Index suggests that residents in Cuttack and Bhubaneswar could live 2.7 years longer if the government meets the WHO air quality standards.

The number of tuberculosis, bronchitis and cardio-vascular patients is increasing dramatically in the mining clusters of Keonjhar, Joda and Barbil. Children, pregnant women and senior citizens are the worst victims.

Both Talcher and Angul are polluted as they are industrial areas and the number of industries is only growing. Jharsuguda also has a substantial number.

We are not fulfilling any criteria to control air pollution and technology wise also, we are far behind. What we do have is the latest  ‘Green Technology’, that helps in managing and recycling waste material.

Electric, hybrid, solar energy-based vehicles, and hydrogen fuel cell vehicles can reduce air pollution. These vehicles have been made at the research level and will be introduced in  the market soon.

At the moment, we are using old technology. We should use Green technology to minimise pollution and wastage.

Every year, seven million people in the whole world are dying prematurely due to air pollution, out of which 1.5 million are Indians.

The major sources of pollution are household, industry, and agriculture waste. Our objective should be to minimise the waste in these sources. We must have movements in which government, communities, and individuals all have to join to bring a change.

The days of blaming the government to bring about a change are over. Every individual has to contribute to reduce pollution.

To curb air pollution and enhance the environmental performance of industries, Government of Odisha, in association with Energy Policy Institute at the University of Chicago (EPIC India) launched the Star Rating programme in 2018.

Star Rating programme is a public disclosure programme to maintain transparency of environmental performance. It utilises continuously monitored emissions data from major industrial plants in Odisha, to categorise industries from 1-star to 5-star, i.e. from least compliant to most compliant.

The core thought behind implementing Star Rating was the proper representation of emission data and recognising the industries, that are working hard in the direction of better environment performance. For the proper representation of emission data, Continuous Emissions Monitoring Systems (CEMS) are installed in these plants. They send emission data from their stacks in real-time to the OSPCB server. The star-rating is calculated taking emission averaged over a period of time compared with permissible limit and data availability as prescribed by OSPCB guidelines.

The aim of celebrating World Environment Day is “encouraging worldwide awareness and action for the protection of our environment”.

Since its inception, this day has developed into a global platform for raising awareness and taking action.

It is celebrated in over 100 countries.

The theme of this year’s International Environment Day is “Air Pollution”.