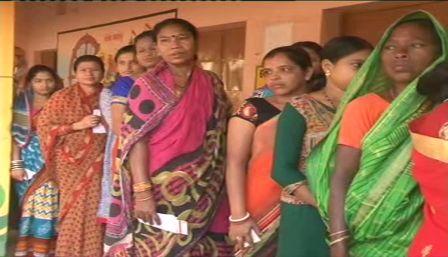 Bhubaneswar: Elections to 6 Lok Sabha and 42 Assembly seats in the third-phase began in Odisha on Tuesday.

For the six Lok Sabha seats, 61 candidates, including six women, are in the fray while of 356 candidates, 37 are women and one transgender are contesting 42 Assembly seats.

Barring the booths in the Maoist-hit districts, where polling will be held from 7 am to 4 pm, voters will cast votes in the remaining booths from 7 am to 6 pm.

To ensure smooth polling, 600 personnel of the Central Armed Police Force (CAPF) have been deployed in the sensitive booths in Maoist-prone areas.

To assist the physically-challenged voters, arrangements for wheelchairs have been made in 9576 booths.

A total of 68,422 polling officials are being engaged in these polling booths.

Can BJD’s Political Novice Stop Lotus From Blooming In Keonjhar?