A Tribute To Das On His Ekadasaha (11th Day Of Death) 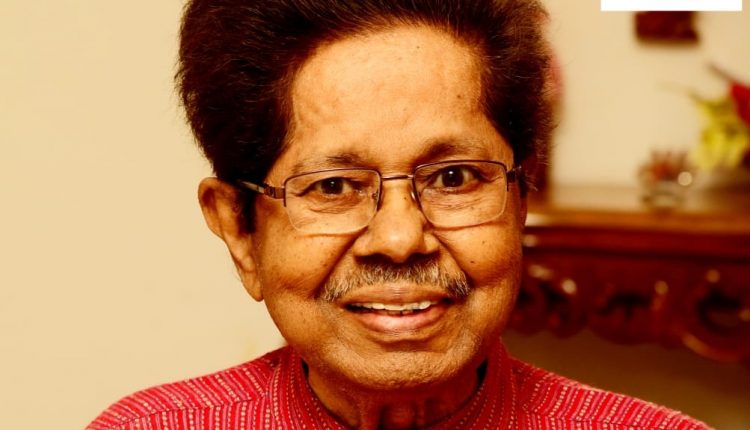 I met him for the first time when I joined the Home Department of the Odisha government in 1982. He was the Home Secretary. I had come on deputation from my cadre state of Bihar and was posted as his Joint Secretary. His room was on the ground floor, next to the left bay under which the cars pass for parking. He greeted me with bright eyes and a non-collapsible smile. There were a few police officers in his room. ‘ ‘It is good to have Devdas here with us’, he said aloud with a clear intonation, ‘I am sure he will give us many new inputs for dealing with crime and law and order. He was the District Magistrate of Dhanbad in Bihar.’

A roar of laughter followed. I wonder how my face must have looked then for we all suffered a low for our state particularly in these matters. Dhanbad was made of the stuff for mafia films.

In order to pull me out of my apparent discomfiture, he suddenly asked me, in that very first meeting, amidst those unknown police officers, what should be our strategy to forestall events. I had no mappings in my mind. Bihar was the cesspool of crime and disorder. Compared to that Odisha breathed quietude and calm. He understood my hesitancy.

‘Give us at least one recipe. Just one.’ He was testing my reflex. ‘Intelligence Sir. Gathering of advance intelligence.’ I managed to mutter this wise passe with shaky false confidence. He could see that I am sinking. ‘That’s it’. He immediately endorsed and pulled me out. ‘That is exactly the theme of your desk, the Home Special. And now you meet your police counterpart, the DIG of Intelligence. He made me meet Prafulla Ratho sitting on his right, a fair handsome moustachioed police officer, the only one in the group who did not wear a uniform. The brotherhood that started with him that day outlived us far beyond our office years.

I was assigned the charge of Home Special, the section of the department, that was shrouded most in secrecy. I was called along with Prafulla Ratho to the exclusive evening briefings of the Chief Minister on the third floor. Besides this, he gave me many more elemental responsibilities such as the state police, the judicial matters, the hospitality, which included looking after the state guest house and government residencies in Calcutta and Delhi. Anything else? He asked me while finalising the division of work amongst officers. ‘Yes sir. May I deal with the secretariat library?’ I asked somewhat timidly. He looked up in surprise and paused for a moment. ‘Very well. Have it’, he said with a minor guffaw. Nobody wants it anyway.’

I had served under him for more than five years, even after my promotion as Additional Secretary in the same department. The first decade of my career in civil service was spent in West Bengal and Bihar. The first civil servant that I met in Odisha and worked under was R N Das. He mentored me in very many ways. I was not only privy to many sensitive matters in course of our work, but I also enjoyed rather unabashedly a generous share of his affection and even squandered quite a bit of it. He remained after all my only viewfinder to the intricacies of government’s working in Odisha Secretariat and its various interfaces.

A headful of dense dark hair was his crown and a nature-given cerebral algorithm was his armoury. Despite his small Napoleonic frame, which he would compensate with his fire and brimstone voice if needed, he earned the epithet of Field Marshall from younger officers and admirers. Although uttered at his back, it was an appropriate measure of his persona in every which way. If leadership would mean a blend of quick decision and speedy execution, then that was he. So astute was his disposal of papers and files that his black glass tabletop would always resemble a polished mirror without a speck of dust on it. Nothing would stay with him as pending ever. His handwriting, firm and well-honed, like his starched bush shirts, sparkling with clarity, would adorn the buff coloured office note sheets, denoting speed and action like his own personality. He would always make me write the draft speeches of the Chief Minister for the Assembly. He would glance through it hand to hand, unmistakably spotting my poor grammatical slips, and return it with a peremptory remark, ‘add a decorative line in the end.’ Despite such showmanship in office work, RN Das seldom had a public face within the strict ambit of a civil servant’s time-honoured norm of anonymity.