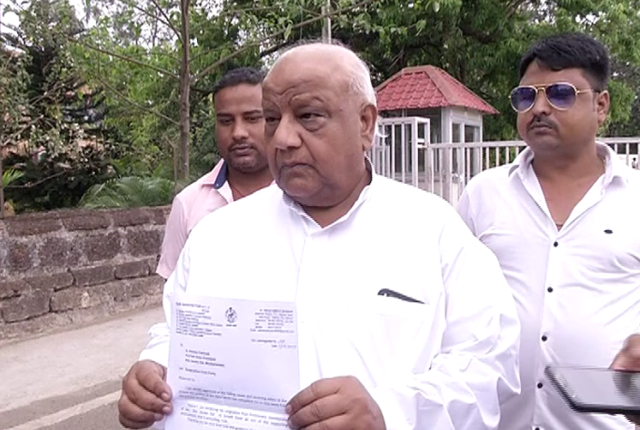 Bhubaneswar: Senior BJD leader Rabi Narayan Pani, an aspirant for the Pallahara Assembly segment seat, resigned from the primary membership of the BJD on Sunday. He submitted his resignation letter to Chief Minister Naveen Patnaik at Naveen Niwas.

Pani, one of the 40 star campaigners for the BJD for the upcoming general elections, quit the party expressing displeasure over the party’s activities. He was the BJD’s Palalhada MLA from 2009 to 2014 and was hoping to get a ticket from there this time too. The BJD has now fielded Mukesh Pal from the seat.

Pani had also been posted as the BJD’s observer for Jharsuguda and Sambalpur districts. From 1989 to 91, he had been a Janata Dal MLA from Debagada.