Rainfall Due To Low-Pressure Hits Mayurbhanj Most In Odisha: Study 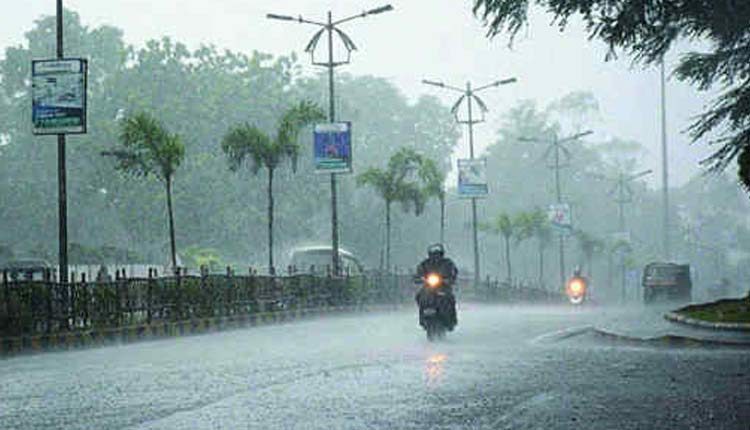 Bhubaneswar: Odisha’s Mayurbhanj district is the most vulnerable to rainfall induced by low-pressure systems (LPS), followed by Kalahandi, Ganjam and Puri, according to a new study by IIT-Bhubaneswar.

The study ‘Role of cloud microphysics and energetics in regulating different phases of the monsoon low-pressure systems over the Indian region’ was carried out by researcher Vivekananda Hazra and associate professor of School of Earth, Ocean and Climate Sciences IIT-Bhubaneswar, Sandeep Pattnaik.

Published in the quarterly journal of Royal Meteorological Society, the study also found a possible clue on how some of the low-pressure systems during monsoon intensified into a deep depression.

According to reports, the study took into consideration 26 low-pressure systems, 12 related to depressions and 14 related to deep depressions, formed over the Bay of Bengal and moved north-westwards towards the Indian mainland during 2001-2017 for the model sensitivity experiment.

A total of 130 simulations were carried out and from the experiment it was found that Mayurbhanj is on top among all districts in the vulnerability index (VI) of rainfall due to the low-pressure system, Prof Pattnaik, the corresponding author of the research was quoted by TNIE as saying.

It was found that the track of depression and deep depression during monsoon has majorly remained towards North Odisha and West Bengal for which Mayurbhanj has been in the VI. The hilly terrain and the impact of the vegetation could be the other reasons that have put the district in the first layer of vulnerability. More study is required to ascertain these factors, he said.

Similarly, the track from Puri to Srikakulam also puts Puri, Ganjam and Kalahandi vulnerable to system-induced rainfall, he said.

Thermodynamically, deep depressions were found to be more efficient at converting latent energy into kinetic energy compared to depressions. This helps the process of intensification by generating more kinetic energy associated with large water vapour consumption, the IIT professor said.

The findings of the study are likely to help with the localised forecast, policy planning, disaster preparedness, mitigation and adaptation as forecasting agencies face a major challenge in making accurate predictions, he added.

Man Chops Partner’s Body Into 35 Pieces, Disposes Them Off Across Delhi Over 18 Days