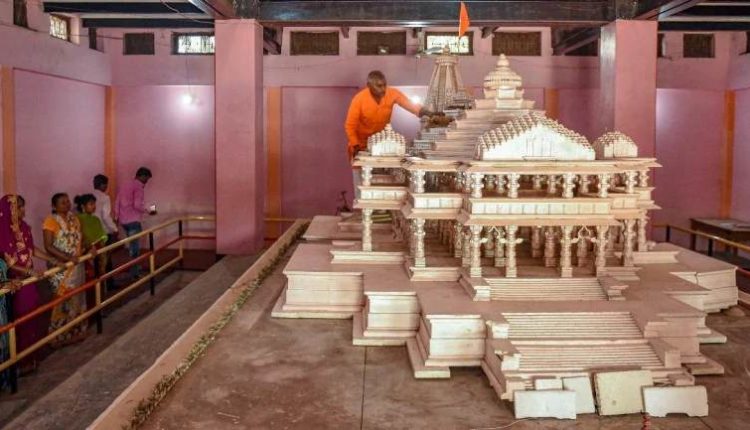 New Delhi: The chief architect of the upcoming Ram temple in Ayodhya, CB Sompura, said that the new structure will follow Vastu Shastra and Shilpa Shastra rules and regulations.

“It will be a grand temple dedicated to Lord Ram and will be built by strictly following rules and regulations of Vastu Shastra and Shilpa Shastra,” Sompura told Odisha Bytes in an exclusive interview.

Sompura said that the temple will be ready in three-and-a-half years’ time, by February 2024. Prime Minister Narendra Modi is scheduled to lay the foundation stone or bhoomi pujan for construction of the temple in Ayodhya on August 5.

It was in 1987 that Sompura had prepared the design for Ram Temple after being approached by Vishwa Hindu Parishad (VHP) chief Ashok Singhal.

“We are not changing the earlier design, but have made it bigger with some extensions,” he informed.

Sompura’s Ashish, part of the architects’ team involved in the construction of the Ram temple said, “The temple has been designed to withstand earthquakes of high magnitude keeping in mind Uttar Pradesh is prone to earthquakes and with a 1000-year lifespan.

“My great grandfather built the Somnath temple in a similar manner and it withstood the worst earthquake in Gujarat without a scratch,” Ashish pointed out.

“The basic material used to construct the temple will be pink sandstone from Rajasthan’s Bansi Paharpur. The pink sandstone looks beautiful when carving is done on it. Nearly 60,000 to 70,000 cubic feet of material has already been carved over several years and is lying at the site. We would not like that to be wasted and will use it,” he said.

According to Sompura junior, there will be certain innovations in the construction without flouting any architectural rules. “We are bound to strictly follow the temple architecture rules for layers, columns, dimensions, height and width… but there will be lot of opportunity to show originality and innovate in the iconography, exquisitely designing the carvings, statues and sculptures on the walls and pillars,” Ashish remarked.

“We plan to depict scenes and figures from the Ramayana on the walls and pillars,” he revealed.

“No concrete will be used in the entire temple except for the foundation and flooring. No steel or RCC will be used anywhere. We will use the ancient way of temple construction by tightly placing one stone slab on another and using lime if necessary for joining,” he explained.

The design of the Ram temple is based on north Indian temple architecture style known as Nagara. But it will be different from other Nagara temples, assured Ashish.

“It’s a proud moment for our family to be involved in the building of Ram temple at Ayodhya as it was my great grandfather Padmashree Prabhashankarbhai Oghadbhai Sompura who had been the architect of Somnath temple. Our ancestors have been building temples for the past 15 generations. We are looking forward to a great and aesthetically pleasing, structurally stable and beautifully constructed Lord Ram’s temple,” Ashish said.

“Changes in the original design have to be made to accommodate the expected increase in the number of devotees in last few decades due to population increase, publicity and easy transportation. The original floor plan has been nearly doubled to 30,000 square feet today,” Ashish added.

It will be one of the largest Hindu temples in the world with a three-storeyed structure and five instead of the original three domes. The width will be 235 feet and length 360 feet. The height will be increased to 161 feet proportionately from the originally proposed 141 feet, Ashish added.

His father Chandrakant himself has designed more than 100 Hindu and Jain temples across the country.

Free Entry To ASI-Protected Monuments In Odisha & Other States; Know The Dates