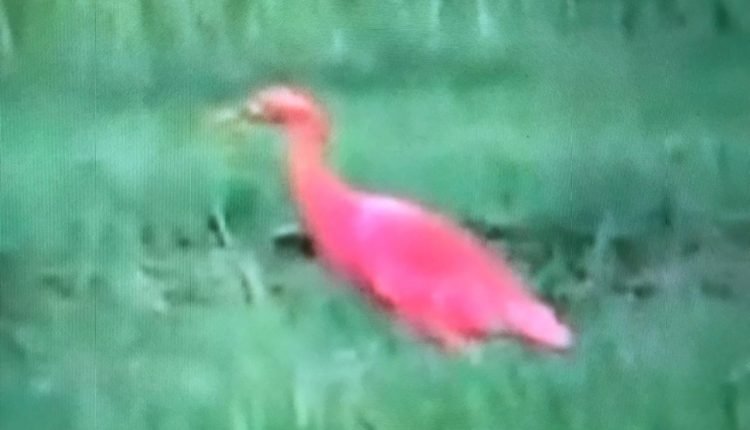 Bhubaneswar: A rare mutation of a reddish Cattle egret was filmed in the Mahakalapada area of Kendrapada district in Odisha. The reddish/pink bird was spotted foraging normal white-coloured Cattle egrets behind a tractor.

A local journalist, Subas Swain shot the video of the bird along with his friend Smarendra Mahali. Initially, they thought it to be a migratory bird, but later they sent the photos and video to Subhendu Mallik, honorary Wildlife Warden Khurda who identified the bird as a Cattle egret.

Mallik said, “The reddish colour mutation in the bird is known as Erythrism which refers to an unusual reddish pigmentation of an animal’s hair, skin, feathers or eggshells”.

Erythrism can be due to genetic or dietary factors, he said.

It is a condition where some birds appear more reddish than others of their kind. For example, Eastern Screech-Owl and Ruffed Grouse often display erythrism.

Notably, in September last year, a single melanistic Cattle Egret with prominent black colouration was spotted by a member of Wild Orissa in Tangi region of Khurda district.

Some facts about Cattle Egret