Rhea Chakraborty Justifies Her ‘I Am Sorry, Babu’ Remark On Seeing Sushant’s Body 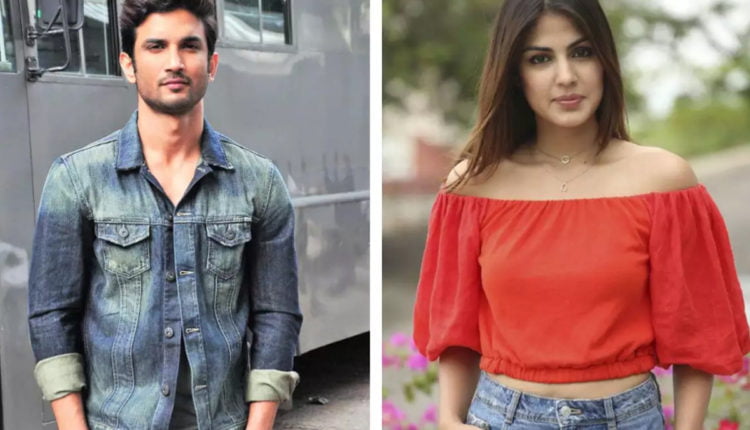 Mumbai: Even as the CBI, ED and NCB teams are investigating the Sushant Singh Rajput case, prime accused Rhea Chakraborty refuted the charges in her first interview, to India Today on Thursday.

In an exclusive interview with Rajdeep Sardesai, Rhea opened up about her relationship with Sushant and how she thinks people are making the actor’s death a joke.

A few days ago, Times Now had aired a video in which Rhea was seen entering a mortuary and was there for nearly 45 minutes on June 15, a day after Sushant’s death.

Eyewitness Surjeet Singh Rathore had claimed he had taken Rhea inside the mortuary and that she kept her hand on Sushant’s chest and said ‘I am sorry, babu.’

However, Rhea has now stated that she was asked to wait outside the mortuary and saw Sushant’s body when it was being taken towards the van. She saw the body for just 3-4 seconds.

When asked how much time she spent inside the mortuary, Rhea said: “For probably 3-4 seconds. I was told to wait outside. My friends requested somebody ki yeh ekbar body dekhna chahti hai. Unhone bola ek baar postmortem khatam ho jayega, body jab van ki taraf jayegi funeral ke liye, uss samay aap dekh sakte hain. Toh jab wahaan se nikli body, when it was on the way to the van, I got to see the body for three seconds.”

It should be noted here that Rhea didn’t go to Sushant’s house after she learnt about his demise on June 14. She went to the mortuary on June 15 to say sorry to the dead.

According to reports, Rhea had left Sushant’s house on June 8 — six days before the actor was found dead at his Bandra residence.

When asked if she regrets leaving Sushant’s house on June 8, the actress said that she cannot change what has happened. She does regret losing Sushant, but more than that she is upset about the fact that his death has been made a joke.

Rhea also admitted that Sushant had messaged her on June 9, but she had blocked his number.

“I blocked him on the 9th. My parents did not know about it, but he was in touch with my brother. I would have gone back to him if he had reached out or if I knew this were to happen,” she told India Today.

2nd Round Of Serological Survey In Odisha’s Bhubaneswar From Tomorrow