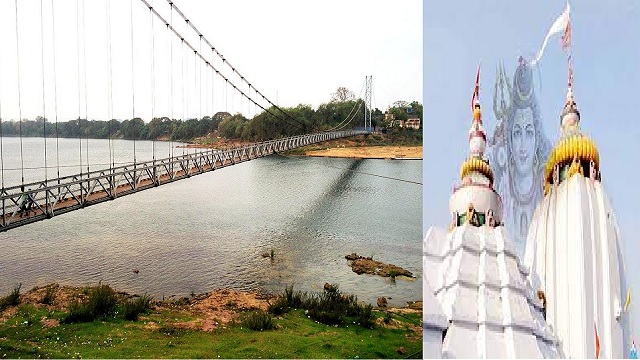 Cuttack: A day after prohibitory orders under Section 144 were clamped at the hanging bridge near Dhabaleswar temple in Athgarh of Odisha’s Cuttack, the district administration cancelled the jatra at the famous shrine this year.

Khurda Superintendent of Police (SP) Sidharth Kataria, who is in charge-SP of Cuttack, informed on Tuesday that the devotees have been restricted from visiting the Dhabaleswar temple amid concern regarding the safety of 254-metre suspension bridge connecting the temple.

“Prohibitory orders clamped under Sec 144 will remain in force due to safety concerns as hanging bridge is in a precarious condition,” he said.

Alarmed by the tragedy at Morbi in Gujarat, where over 140 people were killed in a suspension bridge collapse, the prohibitory orders were imposed for the repair of the hanging bridge at the shrine and will remain in force for an indefinite period. However, rituals at the shrine will continue, as usual.

It is pertinent to mention here that a technical team had detected cracks at 12 joints in the bridge during an inspection along with the team of district administration.

The shrine draws a multitude of devotees during the holy month of Kartika, which goes up to tens of thousands on Bada Osha. The famous jatra which is held on this occasion every year has been cancelled as a precautionary measure for the safety of devotees, said an official.

The devotees approach the temple by boats on Mahanadi and also by road which is connected by a hanging bridge. The Dhabaleswar suspension bridge was constructed in 2006. It has the capacity to carry 600 persons at a time.