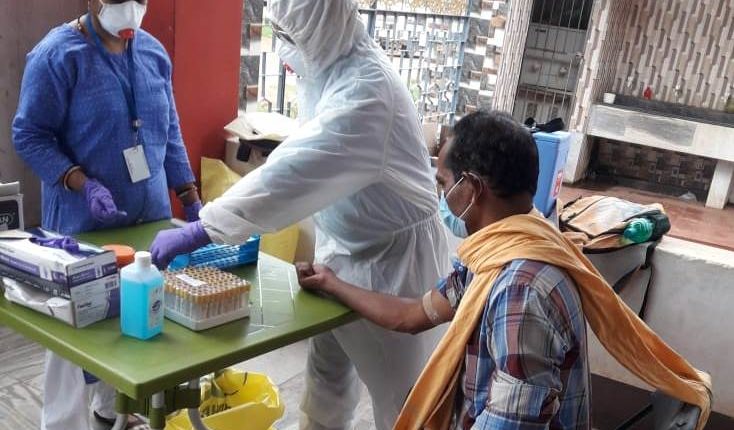 Bhubaneswar: The second-phase serosurvey of the high-risk group jointly conducted by the Odisha government and the Regional Medical Research Centre (RMRC) is underway in Bhubaneswar.

Informing the media here on Sunday, RMRC director Sanghamitra Pati said the serological test of 900 randomly selected community individuals was done during the first-phase survey and the report submitted to the Bhubaneswar Municipal Corporation (BMC) and the state government.

The RMRC director further said that the second-phase survey will also begin in Ganjam and Gajapati districts and Badamba and Narasinghpur area in Cuttack district.

Elaborating further, she said that the ongoing test provides information about the infection that has taken place four weeks ago.

“The antibody of a person is measured four weeks after the COVID-19 virus enters the human body. Therefore, the second-phase survey in Bhubaneswar is being conducted after four weeks to determine the antibody level of a person who has undergone the test in the first phase,” Pati pointed out.

Also Read: [Watch] Rapid Antibody Test In Bhubaneswar Soon; Know What BMC Commissioner Has To Say About ‘Shutdown’ In City

Deepika Padukone Set For Debut In Telugu Films, To Pair With Prabhas In Multilingual