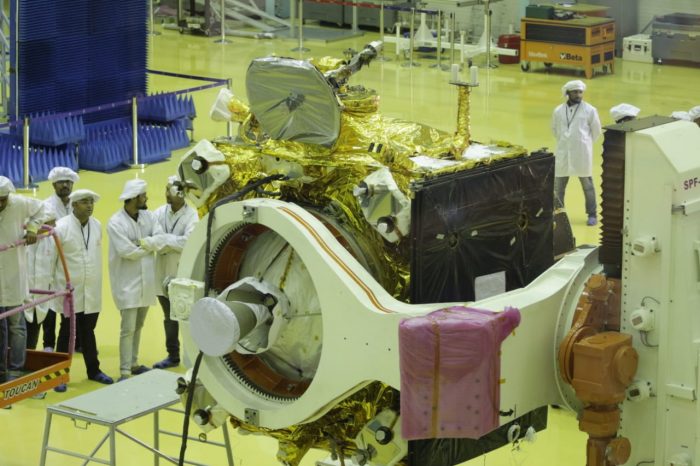 Bengaluru: India is set to launch its second unmanned mission to the moon on July 15, following the resounding success of the Chandrayaan-1 voyage.

Here are the six takeaways from the Chandrayaan-2 mission.

1. Chandrayaan-2 will blast off from Sriharikota on July 15 and land in moon’s south pole, a region which has remained unexplored so far in September.

4. According to media reports, Chandrayaan-2 will analyse the minerals on the moon, map the moon surface and search for water.

5. “After landing, the rover door will open. This will be the next important moment; it will take four hours from the time of landing to the time rover comes out. We might have landing pictures within 15 minutes,” revealed ISRO at a press conference on Wednesday.

6. One of the rover wheel will resemble the Ashoka Chakra and the rover and lander will have the tricolour.

ISRO To Publicise Chandrayaan-2 Data Across The Globe From…