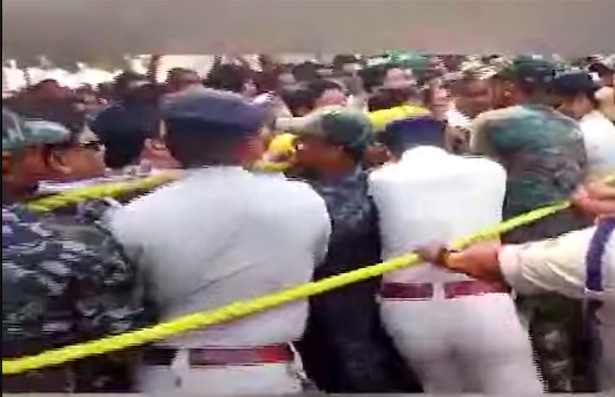 According to sources, the incident took place as police uprooted tents put up by the agitators.

Meanwhile, several judges couldn’t reach the court premises because of the striking lawyers, who also picketed at various government offices here over the damand.

While directing the Bar Council of India (BCI) to cancel the licence of striking lawyers, the Supreme Court on November 28 had asked the administration to make arrangements to prevent lawyers from obstructing the working of court.

This came after the lawyers decided to continue with the protest despite a stern warning from the top court.

On November 14, the apex court came down heavily on the striking lawyers and directed them to resume work by November 16 after Orissa High Court filed a petition, stating that 2,14,176 judicial working hours were lost due to the strikes between January 1, 2022, and September 30, 2022.

The lawyers were also warned that non-compliance would invite proceedings for contempt and the BCI will take action for suspension and cancellation of their licences.

Night Temperature Drops To 15°C & Below At 14 Places In Odisha; Dense Fog In Cuttack