This article is part of the author's column: By Grace Of God 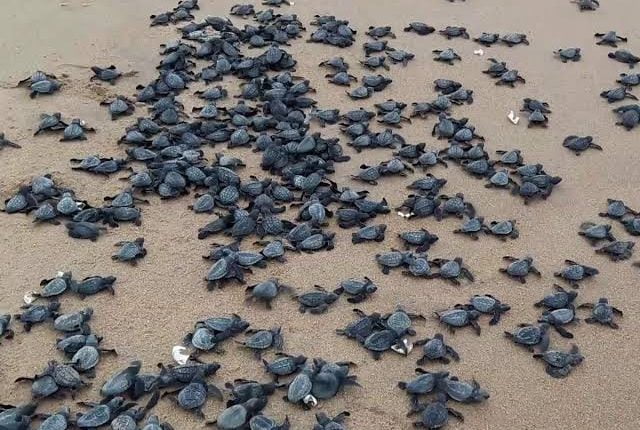 M K Ranjitsinh in his book ‘Life with Wildlife’ has mentioned that while drafting Wildlife (Protection) Bill, 1972, he as Joint Secretary in Ministry of Environment and Forests wanted to use the word conservation in place of protection. But since the Constitution of India states ‘protection’ of forests and wildlife and there was little time to amend the Constitution, they had to settle for ‘protection’. However, in 1980 ‘conservation’ in place of ‘protection’ was used when the Forest (Conservation) Act was enacted.

One may ask, what’s the big deal?
Protection is to maintain status quo, something like putting things under lock and key and guard it. Whereas conservation is all about sustainable management and wise use of resources. To put it differently, protection is maintaining static equilibrium while conservation implies dynamic equilibrium. The question is, are we protecting our wildlife resources or conserving them? This question was raised by Prof Priyambada Mohanty-Hejmadi, who was very intimately associated with the Odisha forest department for conservation of Olive Ridley turtles.

Prior to enactment of Wildlife Protection Act, 1972, there was hardly any protection of Olive Ridley turtles. Local fishermen, who worshipped these turtles as incarnation of Lord Vishnu, didn’t harm them and used to intimate  forest officials whenever there was a large congregation at Gahiramatha coast. However, there was a very high demand for turtle meat and turtle eggs in restaurants in Kolkata. Janata Express from Chennai to Howrah used to be called “turtle train” during the nesting period of the turtles. Only after enactment of the Wildlife Protection Act, Bhitarakanika caught the attention of forest department. In the first phase, Kanika was declared as a range of Athagarh division and then in 1979 a full-fledged Bhitarkanika Wildlife Conservation Division was created. During this period intensive conservation programmes for salt water crocodiles in the creeks in the delta and for Olive Ridley turtles in Gahirmatha coast were started.

About 50% of the global population of Olive Ridley turtles during the winter months congregate on the Odisha coast, particularly in Gahiramatha beach, for nesting. Nobody had any clue as to why they travel thousands of kilometres and come to this beach for laying eggs in such large numbers every year. Prof Mohanty-Hejmadi got involved in research on this species and its peculiar behaviour. In early 1980s she was associated with Dr. Marie T Dimond, a faculty in Biology at Trinity College, Washington, who was working on Temperature-dependent Sex Determination (TSD) of fresh water snapping turtles. Prof Mohanty-Hejmadi explored whether the phenomenon of TSD could be put to use in conservation efforts of Olive Ridley turtles. She established that sex determination was strongly temperature dependent and found out that the threshold temperature that determines the sex of the turtles lies between 29.5 °C and 30°C. The turtles dig cylindrical holes on undisturbed sand and drop 200 to 300 table-tennis-ball-sized eggs in one clutch. The deeper one goes the warmer it is. At the Gahiramatha beach the threshold temperature occurs around the middle of the cylinder. The eggs incubating above the threshold hatch as females and the below as males. Nature has provided the turtles the intuitive knowledge to know where to lay eggs to maintain gender balance. And Gahiramatha beach provides the natural habitat for nesting.

Turtle nesting attracted a lot of media attention from 1980 onwards and there was a clamour for ‘protection’ of turtles. Gahiramatha was declared as a sanctuary, which included the beach and extended 20 km into the sea. Ironically, the traditional fishermen, who were involved in turtle conservation before enactment of Wildlife Protection Act, were the worst hit as they were prevented from fishing in the sanctuary. Turtle casualty due to natural and accidental causes got highlighted. Environmentalists were so vociferous about their ‘protection’ that it attracted adverse international attention. “Teenage Mutant Ninja Turtles” created by Kevin Eastman and Peter Laird is a very popular comic strip in the USA. In one of the strips the Odisha government was depicted as a villain as it was killing the turtles. At this stage again Prof Mohanty-Hejmadi came to the rescue of the Odisha government, particularly the forest department. She wanted to know what was the scientific basis for environmentalists’ claim that the species is endangered.
She made a calculation that the total basal area of female turtle population nesting in a season is about two and half times the total area of the habitat at Gahiramatha beach. The turtles normally come for nesting in three or four phases. The first batch lays eggs on a clean virgin beach covering most of the area. The second and subsequent batches of turtles have no option but to lay eggs disturbing the existing nests of the first batch. Thus, the turtles themselves cause maximum damage to the eggs. Her contention was: Nature has provided certain space for nesting of this particular species, if the population of the species is so high that the provided space is 40% of the space required by the population, then on what basis can we conclude that it is endangered. Here comes the question of ‘conservation’ and ‘protection’. Do we want to protect the entire population or conserve the species?

For her contribution, Prof Mohanty-Hejmadi was awarded the prestigious Biju Patnaik Lifetime Award for Wildlife Conservation and has been decorated with Padmashree. She has also served as a member of the National Board for Wildlife.
I know Prof Mohanty-Hejmadi from my childhood as she and my mother were friends from school. My mother recognised her more as a dancer. This narration would be incomplete without mentioning her dual life. In a publication she has written: “Although science happens to be my profession, dance and music are my passion. At times both have to run parallel, to the extent that I have two sections to my publications – science and culture. This has not happened by design, but by circumstances beyond my control. I matriculated from high school in 1952 with music as an optional subject but was compelled to choose science for my college studies as there were no facilities to continue with music. I did like science, though, and chose it as a career. At that time very few of us were trained in classical dance; dancing in public was almost a taboo in many parts of India. But due to the encouragement of our parents, who were ahead of their time, I and some others continued with it. I gave performances off and on. It so happened that the First Inter-University Youth Festival, a brainchild of the then Minister of Education Maulana Abul Kalam Azad, was organised in New Delhi in 1954. It was meant to encourage students of different Universities to interact through art and culture. I was a student of Ravenshaw College in Utkal University and was sent to compete in the Classical Dance category. That was probably the first time that Odissi dance was performed and seen in public outside the state of Odisha. This laid the foundation for recognition of Odissi and it flatters me that I am considered to be a pioneer. Later, the serious pursuit of science made me think of leaving dance; but dance would not let me go. As I have documented in a book, it was rewarding to keep in touch with Odissi through lectures and demonstrations in India and abroad (Mohanty-Hejmadi and Hejmadi Patnaik, 2007). Performances had to be restricted to my time and convenience; my last programme, telecasted nationally, was in 1992. In retrospect, instead of being a distraction, it was the training in dance and music which helped me cope with several stresses and enriched my life in many ways. I was conferred with the highest civilian award in the field of dance in the country, from the national academy of music and theatre (Central Sangeet Natak Akademi) in 1986. It was not possible for me to carry on doing science seriously after I retired in 1999. That was not true with dance and culture, which continue to keep me engaged in rewarding ways.”
In my view multiple objectives can be accomplished when the right balance is struck.