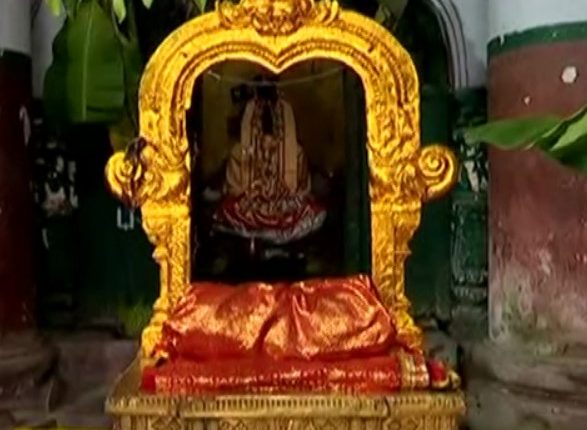 Puri: A precious tableau of Emar Mutt, here, which is used to carry the idol of saint Ramanuja in procession on different occasions, has been reportedly missing.

According to sources, the matter came to light when the mutt authorities wanted to bring out the tableau to carry the idol of saint Ramanuja for ‘Parikrama’ (procession) around Jagannath temple on the occasion of Ramanuja Jayanti on Thursday but could not find it.

It was in 2012 that the tableau was brought out for procession on Ramanuja Jayanti. The tableau is of 3 feet high and weighs around 3 kg.

It has not been confirmed whether the tableau is in possession of endowment department or the Emar Mutt Trust. Chairman of Emar Mutta Trust said the tableau was not handed over to him when he took charge of the mutt. Former head of the mutt would be aware of its whereabouts, he added.

There is a confusion regarding the materials used in making of the tableau. While local devotees believe that it was made of Astadhatu (eight precious stones) costing crores of rupees, Mahant refuted it. He said mostly brass from southern India was used in the Mangalagiri tableau.

However, no complaint has been filed with police regarding the missing tableau.

E-Buses To Join Fleet Of Mo Buses Soon In Odisha