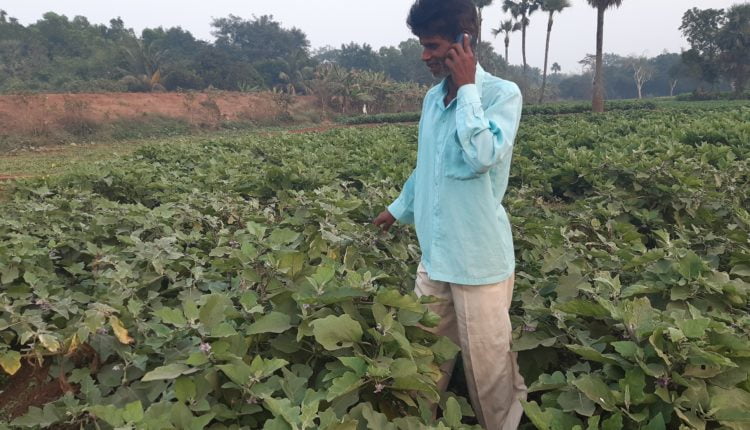 Ajay Kumar Patri of Dhamnagar, Bhadrak, depends on agriculture for a livelihood. He cultivates paddy during the Kharif season and different vegetables during the Rabi season. He has four acres for agriculture and does horticulture cultivation on three acres. He cultivates paddy, vegetables like brinjal, parmal, green chilli, cauliflower, cabbage, tomato, potato, green gram and mushroom.  Last year, he did mushroom cultivation during the rainy season.

“I know about Reliance Foundation (RF) for four years. I came to know about it from its field staff and attended a field training programme on mushroom cultivation too. The expert explained details of the procedure and benefits. Then onwards, I started mushroom farming. I consult RF experts at every stage. I always take advisory help from Reliance Foundation. For paddy cultivation, I called on helpline no 18004198800. I wanted to resolve my pest and disease issue. I always followed RF’s advisory and technical guidance. I used to face wilt disease and fruit and shoot borer pest attack in brinjal cultivation. I took advice from RF for its management. Not only did I get a voice advisory from RF but also got to participate in different interactive programmes. Now, I also mobilise other farmers to take advantage of its helpline services. Many of our village farmers are getting advice by calling on the toll-free helpline no.,” said Patri.

“Before I came to know about RF, I used to apply the traditional methods of farming. I used to rely on the advice given by old farmers and pesticide dealers. As a result, my issues would never get resolved. I would end up being cheated by pesticide dealers of our area who used to prescribe the wrong medicines for the crops. I have had to bear a huge loss in paddy and vegetable cultivation,” he added.

There is root rot disease in paddy crop. I didn’t know that it happens due to excessive nitrogen fertiliser. RF experts told me to stop using nitrogen and use patas fertiliser instead for making the crop more resistant. Similarly, I was also able to control wilt disease in my vegetables; fruit and shoot borer pest of brinjal and powdery mildew disease of pointed gourd (parmal) with the advisory of RF. I also call them for weather information many times every month. I take weather and rain information from RF before beginning any work, said the farmer.

Patri feels indebted to RF for giving the correct advisory at the right time due to which he has been able to control his expenditure and reduce loss in the production of vegetables and paddy. He has been getting a good yield in paddy for the last four years. When it comes to vegetables, he is getting more than Rs. 50000 profit every year. He used to harvest 20 quintals of paddy every year but now-a-days, he is getting 25 quintals per acre.