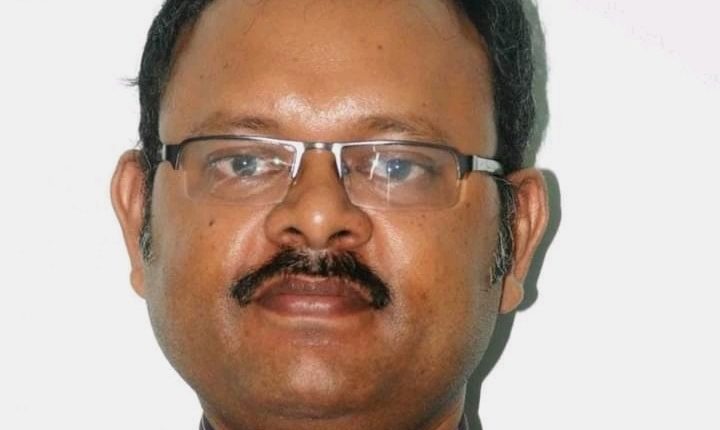 Priti’s passing due to COVID-19 is not only a great loss to the journalist fraternity and to his family and friends, who are feeling a deep void, but also to those who have been associated with him over the years.

Shaken rather distraught, I never imagined that I would sit and write an obituary of my beloved friend for more than quarter of a century.

Whenever I called Priti, his constant grouse was that it was improper for me to call him by name. “I am two years elder to you,” he would say.

I had my own reason to do so: he was junior to me at the Indian Institute of Mass Communications, Dhenkanal, where we both studied journalism. We started our career at the Sun Times – I joined in 1995, Priti followed me to the newsroom a year later – in Bhubaneswar.

While my stint was short and I resigned in 1998 to take up a government job, Priti remained loyal to journalism. His indomitable spirit, belief and commitment to news took him to a range of publications, across the country. Briefly, he also experimented with television journalism.

However, print was his first love. He was always adventurous, but content with what he had. He was modest but brave in his humble surroundings.

Although Priti always worked on the news desk, the less glamorous part of a newspaper, he had a passion for reporting. Since 2012, he was very happy to work with the biggest brand – The Times of India. Whenever he got a well-deserved byline, he would immediately share the story with me, giving me a glimpse of his work, and seeking feedback. “Have you read it? Was it okay?”

Over the last two decades, he was also a source of news for me as Priti filled me in with all the updates from my home state, Odisha. We would exchange notes, share ideas and engage in conversations on a host of issues.

Priti’s command over the language and his thought process earned him admiration from everyone. Above all, Priti was a great human being.

We were the thickest of friends. In April, 2020, when I lost my father, he stood beside me at the cremation ground through the night when the entire country was under lockdown. Every alternate day, a post-midnight phone call to him was a constant feature of my routine.

After Priti’s marriage, his wife, Smita, pursued a B.Ed course at a place where my father-in-law was associated. He treats Smita as his daughter.

A non-resident Odia, I visit the state five-six times a year. And Priti was my constant companion in Bhubaneswar. On April 9 last, we have lunch together. Again on April 15, he forcibly took me out for dinner in Bhubaneswar. Little did I know what lay in store. I spoke to him barely an hour before he was put on a ventilator at a private hospital, hoping that he would be back home soon.

Priti would often ask me when I would return to Bhubaneswar and try to do something different. Don’t know who else would ask me that.

Priti probably forgot to return home from the hospital.
I never thought I would lose my brother so early, leaving behind Smita and their daughter Google.

Looking back, I will miss the positive energy generated by his presence. More than anyone, I am going to miss his company in Bhubaneswar. In life I loved him dearly; in death I will miss him terribly.

An Indian Information Service officer based in New Delhi

Hamster On A Wheel