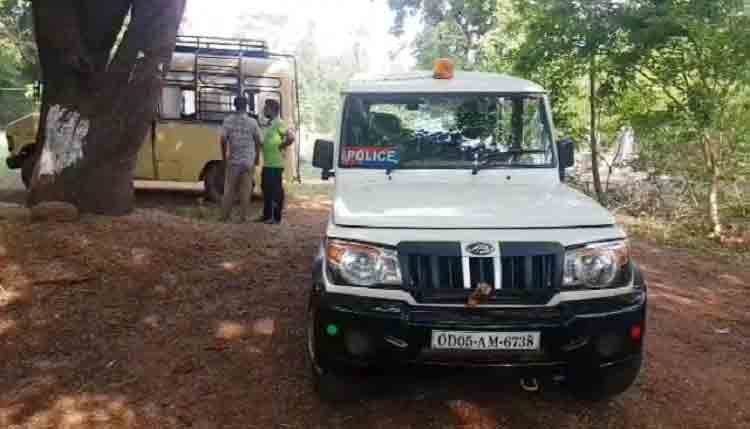 Baripada: The Sadar police on Wednesday recovered bodies of two women and that of the husband hanging from a tree outside the house at Tadakisola village in Mayurbhanj district.

A hammer was seized from the room where the two women were found dead.

The deceased have been identified as Shyama Bhati and his two wives, who were sisters.

Preliminary investigation revealed that Shyama has committed suicide after killing his two wives with the hammer. The incident took place at around 11 pm on Tuesday, police said.

In a complaint, Shyama’s brother-in-law Sunaram Murmu said that the former, who was mentally-challenged, the former might have committed suicide after killing his two wives.

However, some villagers suspect that some persons murdered the two women and their husband.

“We have received a complaint from the brother-in-law of Shyama and taken note of the apprehension of the villagers. The details of the cause of the death of the three persons will be known after the investigation,” said Baripada SDPO.

ECI To Give Real-Time Polling Updates On Voter Helpline App

COVID Taught Me A Doctor’s Job Goes Beyond Just…