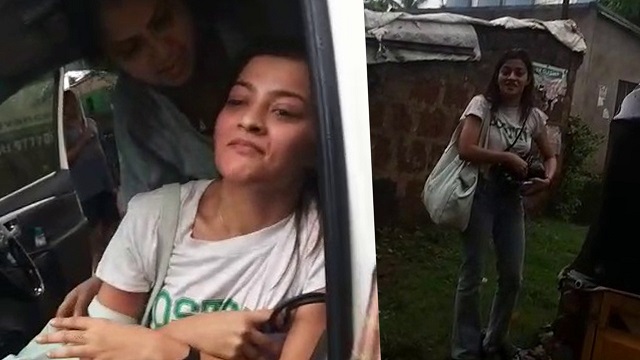 Bhubaneswar: Defending Ollywood superstar Babushaan’s wife, who on Saturday assaulted her husband and actress Pakruti Mishra in full public view on the streets of Bhubaneswar, Trupti’s maternal aunt alleged that Babushaan and Prakruti were in a relationship for the last two years.

Trupti’s maternal aunt Sanjukta Praharaj told journalists that their family too would move police and other legal platforms if required to fight for Trupti.

“How long can a wife tolerate? She is only 30 years. Her husband is in a relationship with Prakruti for the last two years,” she said, adding, “I, Aparajita (renowned actress and Babushaan’s mother), Lalit Satpathy (Trupti’s father) and another person had visited Manmath Mishra’s house about 3-4 months back and requested him to dissuade Prakruti from continuing her relationship with Babushaan. He then said she was not in his control.”

Babushaan’s wife is seen in the videos that have gone viral on social media stopping a vehicle in which her husband is in the driver’s seat while Prakruti is seen sitting beside him.

Trupti is seen in an agitated state, roughing up the actor and the actress, pulling Prakruti’s hair and even chasing her. Prakruti is seen stepping out of the SUV and moving around the road, folding her hands and trying to possibly hire an autorickshaw. Though the reasons behind this incident is not clear, it is being discussed in different circles that Babushaan is having domestic issues which played out in public.

Trupti is heard accusing Prakruti of “destroying her family life” and “trying to snatch away her husband”. Prakruti is heard saying, “She (Trupti) has gone mad.”