United They Stand: Odias Across The Globe Reach Out To Rebuild Their State 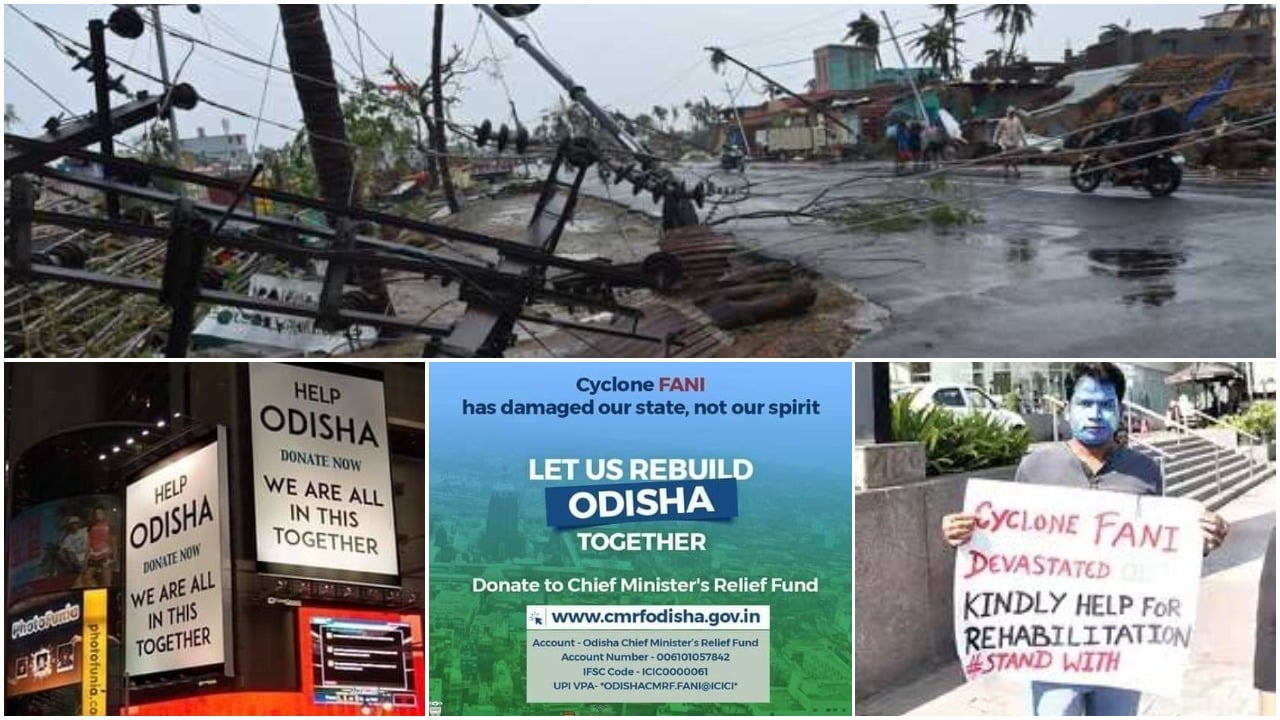 They may be living miles away from home but their heart still beats for their homeland. Acutely aware that more is less for rebuilding their state, NROs and those living in other parts of the country, are doing their bit to contribute to the Chief Minister’s Relief Fund (CMRF). While some of them are sending through payments, others are motivating people to donate.

Some of them had experienced the Super Cyclone Phailin of 1999 in which Odisha was nearly devastated with 10,500 live lost. So, they know exactly what the situation must be like on ground zero despite better preparedness this time.

In the United Kingdom….

In the absence of extensive media coverage about Cyclone Fani, which made a landfall in the temple city of Puri on Friday last, the Odisha Society of UK has been organising fund-raising events. Rashmi K Nanda, a resident of London, who has been spearheading the drive, targets to collect 15,000 pounds for the CMRF.

On May 6, Nanda and his friend, Santosh Pattnaik organised a 42.2 km marathon to encourage people to donate, for which they shared the fundraising link created by the Odisha Society of UK. They also distributed leaflet imploring people to donate generously.

This is not the first time that the 40-years old Odisha Society of UK has helped the people back home through crowdfunding and other activities. They plan to organise some other activities including fundraiser dinners too.

Dr Sofen Jena has resorted to a rather unusual method of face-painting to draw the attention of the people towards the cyclone and its aftermath. A Research and Development scientist at an MNC in Pune, he hails from Bargarh in Bhubaneswar.

Pune Mirror reported that he was shooed away by bouncers of the upscale Phoenix Mall, who said that he was ‘disturbing elite customers.’ Mall authorities denied the allegation. Jena was hoping that people would take selfies with him, post them on social media and urge others to donate. The opposite happened. His picture of being asked to leave the pavement went viral but served his purpose well.

“Then, I moved to the road side, where I got an overwhelming response from street food vendors and kiosk owners, who donated Rs 10-20,” Jena told reporters. By Sunday, he and some friends had raised Rs 9601, which they rounded to Rs 10001 and donated to CMRF.

Inspired by the way the Malayali community in the region had worked during the floods in Kerala, the residents here decided to do their bit for Odisha. Navi Mumbai is home to around 20,000 Odias, said Rashmikant Mahapatra, a resident of Belapur. Instead of expecting the government to take action every time, the people themselves should become the government, Mahapatra asserted, for “it is our social responsibility.”

Apart from collecting household supplies, they are also collecting medicines and blankets at a makeshift centre in the NRI Complex at Seawoods. They are also making efforts to arrange for water tankers with the help of Andhra Pradesh. The long-term plan is to adopt the most affected village in Odisha

In the United State of America….

The most endearing gesture is a huge display atop a building in Times Square, New York, which shows concern towards the hardship the people of Odisha are facing post Cyclone Fani. It reads, “Help Odisha, Donate Now, We Are All In This Together.”

While one does not negate the efforts of individuals, organisations and state governments in India in helping to rebuild Odisha, why is it that no brilliant mind in the country could think of such a display?

Puri Gajapati Appeals To Odias Around World For Development…