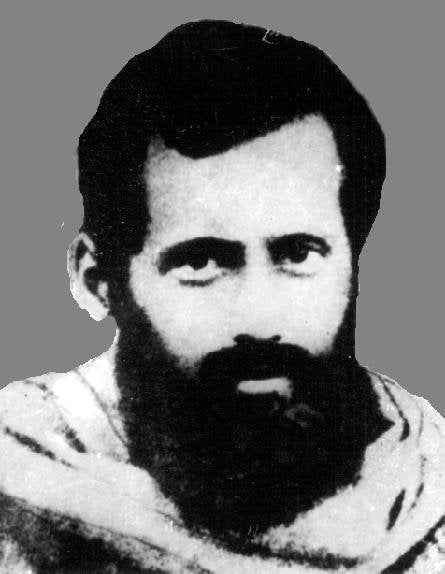 Bhubaneswar: Utkalmani Gopabandhu Das was born on October 9, 1877, at Suando under Satybadi police limits in Puri.

“We should remember Utkal Mani Gopabandhu Das’s great deeds and many sacrifices for our state,” said the Chief Minister.

The BJP and Congress members also paid homage to the great leader at Gopabandhu Square here.

On this day, let’s remember Gopabandhu Das and his contribution to the society.

He was born to Swarnamayee Devi and Daitari Dash in Suando village situated on the banks of Bhargabhi river in Puri district. He lost his mother after his birth and it created a void in his heart. He married Apti at the age of 12, when he was continuing his studies.

Gopabandhu Das had his primary education in the village school, After completion of upper primary education, Gopabandhu joined middle vernacular school at a nearby village, Rupadeipur, and later joined Puri Zila School. He graduated from Cuttack and did his BA from Revenshaw College in 1904. He also completed BL, LLB from Calcutta University in 1906.

As a social worker

Gopabandhu was a great social reformer and harbinger of a new social order. His crusade against untouchability, advocacy of widow remarriage, campaign for literacy, new model of education, stress on both rights and duties, emphasis on women education, particularly vocational training and above all a deep commitment and compassion for poor and destitute have immortalized him in Odisha and India.

He was committed to serve poor and destitute. Ignoring his ailing son,  he rushed the flood-affected areas without delay to provide relief.

“There are so many to look after my son. But, there are so many people affected in devastated floods. It is my duty to go there rather than attending my son here. Lord Jagannath will take care of my son,” he had said.

During his absence, his son died.

While in school, Cholera broke out during Rath Yatra. Gopabandhu united his friends to form Puri Seva Samiti. This was his first experience in public service.

His contribution to journalism

In the realm of Journalism, Gopabandhu Das started the weekly newspaper ‘Samaj’ on October 4, 1919. It has been a leading daily newspaper in Odisha.

Before ‘Samaj’ he had also published another monthly magazine named ‘Satyabadi’ in the year 1914.

A writer and a poet

He was an eminent writer and poet. Some of his well-known poems are ‘Dharmapada’, ‘Bandi Ra Atma Katha’, ‘Kara Kabita’.

His contribution as an educationist

He realised that without education, people would not be aware of their freedom and duty towards nation. A school was established at Satyabadi in Puri. Gopabandhu became the secretary of the school. Pandit Nilakantha Das, Pandit Godavarish Misra, Acharya Harihar Das, Pandit Krupasindhu Mishra, Pandit Basudev Mohapatra and Shri Ramachandra Rath offered their services.

With regards to his political career, Gopabandhu was a member of the Old Bihar and Orissa Legislative Council for four years from 1917 to 1920.

He was the first leader from Odisha to organise the Orissa Provincial Committee. He became the first president of the Congress party in Odisha and brought Gandhiji to Odisha in 1921 to further the cause of Non-Cooperation Movement.

Ten Incidents That Define An Architect Of Odisha Uktalmani…

BJD Candidates’ List For Assembly, LS Polls To Be Announced…