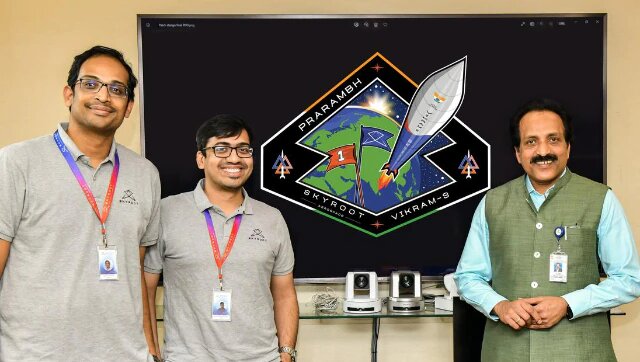 New Delhi: In a historic mission, India’s maiden space launch from the private sector, Skyroot Aerospace is set to lift off the country’s first privately developed rocket into space. The Prarambh mission is expected to launch in the second week of November on a demonstration flight with the Vikram-S launch vehicle.

So far, rockets have been the domain of the public sector with the Indian Space Research Organisation (ISRO) leading the development, design, and launch of space missions.

Although the company has already received a technical launch clearance from IN-SPACe, the country’s nodal agency for promoting and regulating space-tech players, it has yet to release any details about the final launch date.

“We are yet to get a final date for the launch, but Vikram-S will launch between November12-16,” Sireesh Pallikonda, Business Development Lead, Skyroot, told indiatoday.in.

“Thrilled to announce Prarambh, our maiden launch mission, also the first for the Indian private space sector, with launch window between 12-16 Nov ’22,” the Telangana-based aerospace company on Tuesday said. ISRO chairman S Somnath unveiled the mission patch for the maiden launch in Bengaluru.

Skyroot has been developing three variants of the Vikram rocket. While the Vikram-I can carry 480 kilograms of payload to Low Earth Orbit, the Vikram-II is equipped to lift off with 595 kilograms of cargo. Meanwhile, Vikram-III can launch with 815 kg to 500 km Low Inclination Orbit.

The Vikram-I launch vehicle will be powered by Kalam-100 rocket, which successfully went through a static fire test earlier this year. The test was conducted at a facility of one of the company’s investors, Solar Industries India.

“Super thrilled to announce our first launch mission #Prarambh from the beautiful island of Sriharikota. Crazy mixed feelings of excitement and nervousness,” Pawan Chandana, Co-founder of Skyroot tweeted. The Prarambh mission will be launched from the Satish Dhawan Space Center off the coast of Andhra Pradesh in Sriharikota.

The mission will be carrying three payloads, including a 2.5-kilogram payload that has been developed by students from several countries, including India, under the aegis of SpaceKidzIndia.

Thrilled to announce #Prarambh, our maiden launch mission, also the first for the Indian private space sector, with launch window between 12-16 Nov ’22. Thanks to Chairman @isro for unveiling our mission patch and @INSPACeIND for all the support.