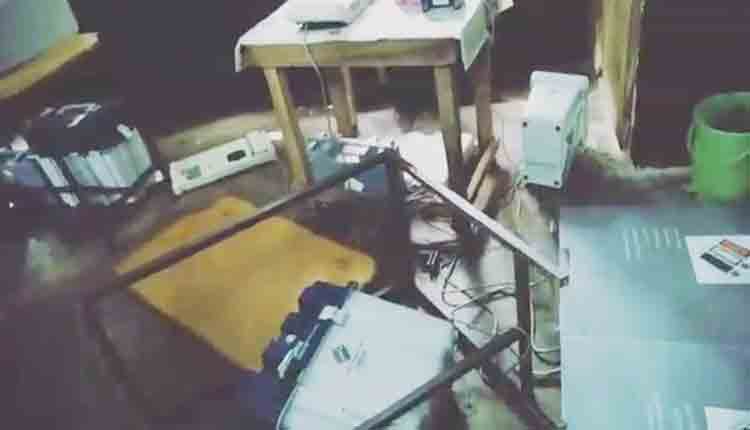 Puri: People In Kamasasana area under Brahmagiri Assembly constituency damaged the EVMs in Booth number 222, in the third phase of election on Tuesday, alleging that when they cast a vote to one party, it automatically goes to another party.

According to sources, the locals complained about it to the presiding officers but they did not take it seriously.

The irate locals then allegedly damaged all the EVMs in the booth.

Following the incident, additional security arrangements were made in the booth.

Earlier on the day, locals complained of the same problem at Booth number 196 in Jhajia UGME School under Badamba constituency in Cuttack district. But after investigation, an error was noticed in the EVM and VVPAT.