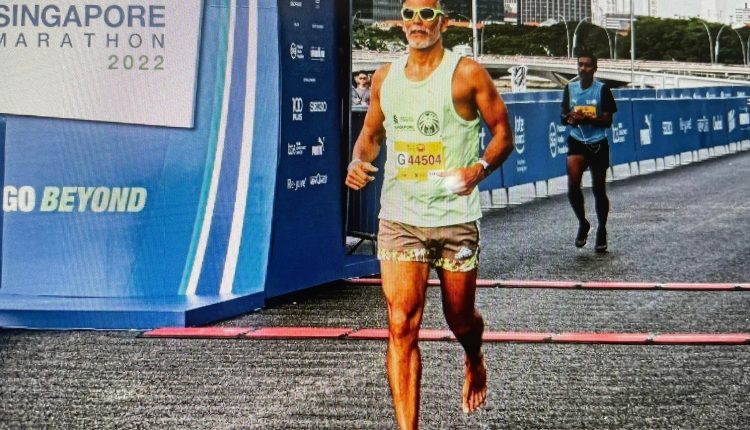 How many of you have been impressed by pictures of Milind Soman running barefoot and wondered if he can do it, so can I? Well, despite its benefits, it is not everyone’s cup of tea. And if Milind Soman can do it, there is every chance that you cannot.

Here’s what he wrote on his Instagram post: “Friday feet and Friday face, both bare, no footwear, no makeup people ask me what happens to my feet when I run barefoot. The answer is they get stronger, more capable of supporting me, making my posture better, better balance, improving my recovery.”

Milind Soman often shares videos of himself from his workout session or his early morning runs.

But not everyone is a fan. The claims made about going barefoot can range from, “It’s the best thing I’ve ever done” to “I tried it and now I’m in terrible pain.” What does the research say about how to drop your usual runners and take up barefoot running, and why it seems to work for some people and not for others?

A new paper, published in Medicine & Science in Sports & Exercise, tested a new way of switching from a traditional shoe to barefoot running and investigated why some runners may not tolerate barefoot running. It identified two key characteristics of runners who failed to transition to barefoot running, a report in The Conversation reads.

Here’s what was found

After running full-time in minimal shoes for another four weeks, they then spent the next four weeks gradually increasing their time running barefoot by no more than 20% per week. Finally, they ran barefoot for a further four weeks.

Two features present in runners who failed to transition to barefoot running were identified.

Contacting the ground first with the heel while running.

Very mobile feet (which means the arch is more flexible when the foot is bearing weight).

It’s too early to say for sure, but we do know barefoot running tends to increase stress in the tissues of the foot and calf, according to the report.

The findings seem to indicate this tissue stress was not well tolerated in those who habitually contact the ground with their heels and/or have very mobile feet when they run barefoot or in minimal shoes.

This may result in pain and eventually injury. It is also known from other studies that running barefoot or in minimal shoes will result in higher rates of foot injury (such as stress fractures of the bones of the foot) and pain in the shin and calf. Traditional shoes usually provide more support and cushioning. It seems runners who habitually contact the ground with their heel while running find it difficult to switch to contacting the ground with more of their midfoot or forefoot, which is what barefoot running tends to promote.

Those with mobile feet may need their muscles to work harder to stiffen the foot when pushing the foot off the ground while running. Perhaps a more gradual transition period during which the limit is 10% (not 20%) weekly increase of running in minimal shoes or barefoot spread over a longer period (such as 40 weeks) would enable those wishing to run barefoot to do so without pain or injury, according to the report.

Here are some tips for successful barefoot running if you insist on doing it: