[Watch] Rasagola Is Actually From Odisha, Sourav Ganguly Settles ‘Origin’ Debate Once & For All 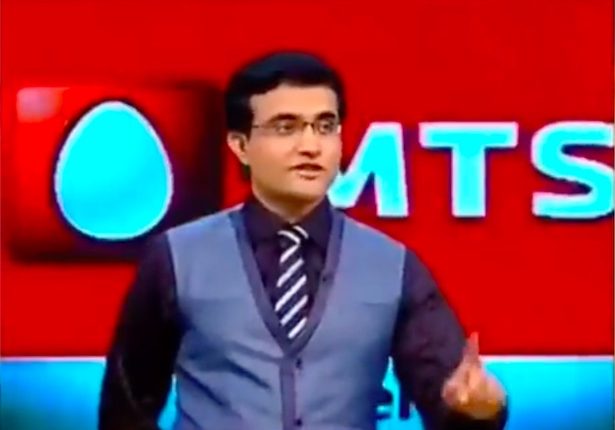 Bhubaneswar: Former national cricket team captain and BCCI president Sourav Ganguly has ‘speaketh the truth in his heart’, a sweet delight for people of Odisha that can leave a bitter taste in the mouth of those in his home state.

Here we are talking about a video from one of his popular TV shows – Dadagiri in Zee Bangla, which started doing the rounds on Friday. While hosting the show, Sourav said, “People have a notion that Rasagola is a popular delicacy of Kolkata. In actuality, Rasagola belongs to Odisha. This information has been revealed from Puri Jagannath Temple sources.”

Describing his early playing days, he further said that he had some luscious sweets in Cuttack.

The clip has gone viral over various social media platforms and Dada’s convincing argument in support of Odisha seems to have settled the ‘Rasagola vs Rasgulla’ debate once and for all, at least for the Odias.

Thanks Dada for confirming this 👌✌️👆

Dada the real Royal Bengal tigerof 🇮🇳..Onfield and Offield to…👍

Thanks Dada for unraveling the truth. Always love you for this type of straight shots.

The neighbouring states have been debating the origins of the sweet dish for the longest time. It was a tie when Odisha Rasagola received GI Tag in Geographical Indication Registry in June 2019, one and a half years after West Bengal’s ‘Banglar Rosogolla got the recognition.

But the war was far from over.

Odisha claims historic and legitimate ownership over the popular delicacy since it was served in the Jagannath Temple much before Bengal knew about it. The Record of Rights of the 12th-century shrine mentions the centuries-old ritual of “Niladri Bije” when ‘Lord Jagannath offers Rasagola to his disgruntled consort Goddess Laxmi on his return from the nine-day Rath Yatra.

There are also several references to the sweet in historical documents and mythologies like Dandi Ramayana, a version of the epic adapted by Balaram Das in the 16th century. In ‘Ajodhya Kanda’ of Dandi Ramayana, one comes across elaborate descriptions of chhena and chhena‐based products including Rasagola.

The GI certification describes Odisha Rasagola as a sweet dumpling known for its juicy and non-chewy feel that can be “swallowed without teeth pressure” and Banglar Rasagola as a pure white, spongy ball of “Chhana” dipped in light sugar syrup that had a fluffy smooth texture with less chewiness character.