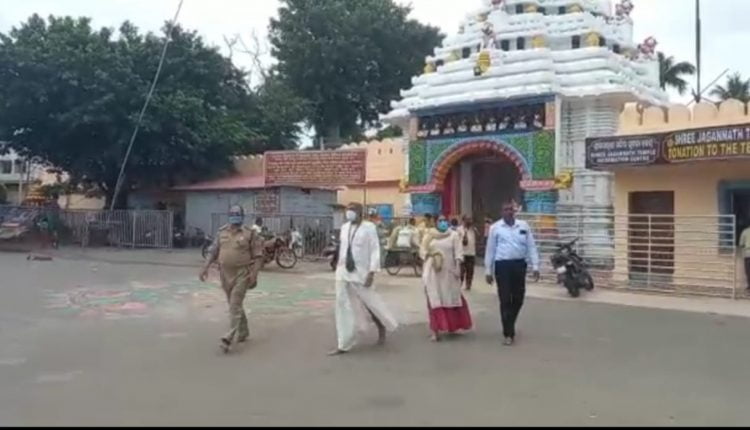 Puri: The visit of two unidentified visitors and two policemen to Gundicha Temple in the town on Tuesday despite the state government’s ban on entry of devotees to places of worship has raised eyebrows among the local people.

The two visitors including a woman, apparently coming from outside Odisha, arrived at the temple in a four-wheeler. Accompanied by two persons in police uniform, they went inside the temple. After some time, they returned from the temple and left the place in the vehicle.

Asked about the identity of the devotees, the policemen neither revealed their names nor which state they belonged to. The policemen, who were speaking in Odia, also did not reveal their identity.

At a time when the devotees were barred from participating in the Rath Yatra due to COVID-19 pandemic, question has been raised on who allowed the two visitors to go inside the Gundicha Temple.

Besides, with the government restriction on entry of devotees to religious places still in force, the locals have expressed concern over the security of the temples in the town.

World Of Words: My Year of Magical Reading