[Watch] What All Did Priyanka Chopra Tell Oprah Winfrey? 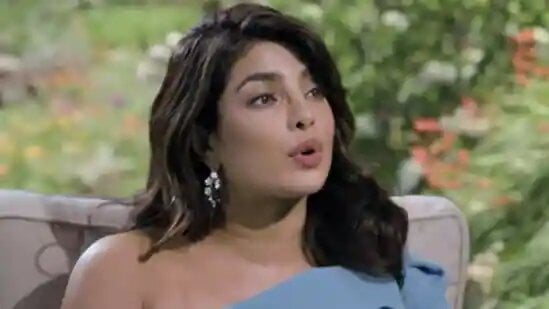 After the Meghan Markle and Prince Harry interview with Oprah Winfrey, it is our own Priyanka Chopra now. Priyanka was on the show to promote her recently released memoir, ‘Unfinished’.

Priyanka Chopra is seen talking about her religious views and secular upbringing as a child in India. Priyanka spoke about how she had Christian, Islamic and Hindu influences on her life.

In thethe promo, Oprah mentions how reading it reminded her of her own time in India. She talked to Priyanka about India’s ‘spiritual energy’ and asked if she had a ‘spiritual foundation’, Hindustan Times (HT) reported.

Responding to her, Priyanka said, “I think I did. In India, it is hard not to. You’re right. With the swirling number of religions that we have, that live within the country as well. I grew up in a convent school. I was aware of Christianity. My dad used to sing in a mosque, I was aware of Islam. I grew up in a Hindu family, I was aware of that. Spirituality is such a large part of India that you really cannot ignore it.”

Priyanka added how her late father, Dr Ashok Chopra, always taught her that all religions are ways to the same God. “I am a Hindu. I pray, I have a temple at my home, I do it as often as I can. But truly to me, I am a believer that a higher power does exist and I like to have faith in that,” she said.

The interview is scheduled to air on Discovery+ on March 24.

Holi, Dola Melan To Be A Low Key Affair In Odisha’s Cuttack

Abandoned Newborn Mauled To Death By Dog in Odisha’s Berhampur

[Watch] And Now, A Belly Dance On ‘Manike Mage Hithe’

[Watch] Kashmiri Version Of Manike Mage Hithe Is A Hit!

[Watch] Why Is Celebrity Wife Mira Rajput Being Trolled?

Priyanka Chopra Gets A New Tattoo; Guess Who It’s Dedicated…

Priyanka Chopra’s Next Bollywood Movie In 2022