What Is This Odia Actor Doing When He’s Not Acting? Milking Cows At His Dairy Farm 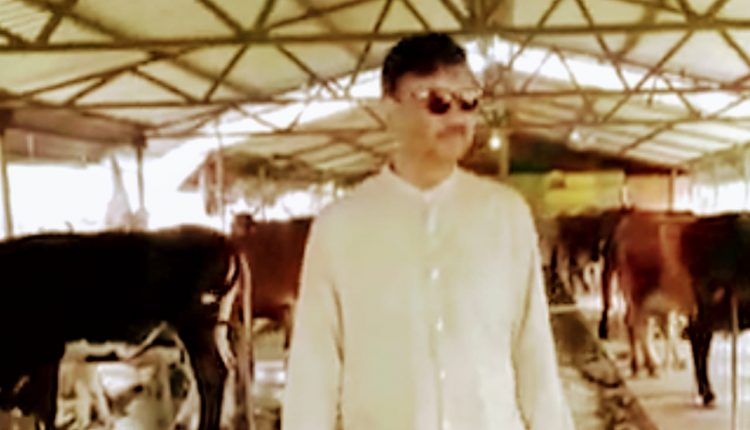 Ashok Das, a familiar face in Odisha movies and TV serials took to dairy farming on his father’s advice and turned it into a successful endeavor, proving that passion and commitment can help a person achieve success in almost every field.

Ashok’s father, Gopinath Das, an engineer, was always keen on dairy farming and had kept four cows in his house. Ashok used to tend to the cows in his free time. As his father grew older, he was unable to take care of the bovines, so he suggested that Ashok start a dairy farm of his own.

“That is how I came into this line,” Ashok Das told the media. The farm set-up in 1986-87 with a few cows in Angul’s Amlapara, has more than 50 cows in it. The daily yield of milk is 300 litres and it gets sold within minutes. The farm also provides employment to around 12 people. The grass for feeding the cows is also grown on the farm itself.

Das claims that he is happy with the way things have turned out. “This was a passion too. I would like to say to the youth that farming is profitable too. Those who are hooked to farming don’t have to go out and struggle,” he says.

Ashok’s farm, ‘Vast Perfection Dairy Farm’ is hugely popular and there is a lot of demand for milk from here. People turn up in large numbers to buy milk both in the morning and evening. It is sold for Rs 45 or 50/litre.

“My family doesn’t like to drink milk from anywhere else. It it is not from here then it is from nowhere. The best part is, we can make some good ghee (clarified butter) from the cream of the milk from the farm,” said a regular customer.