World Cup: Dhoni’s ODI Career Ends The Way It Started – With A Run Out 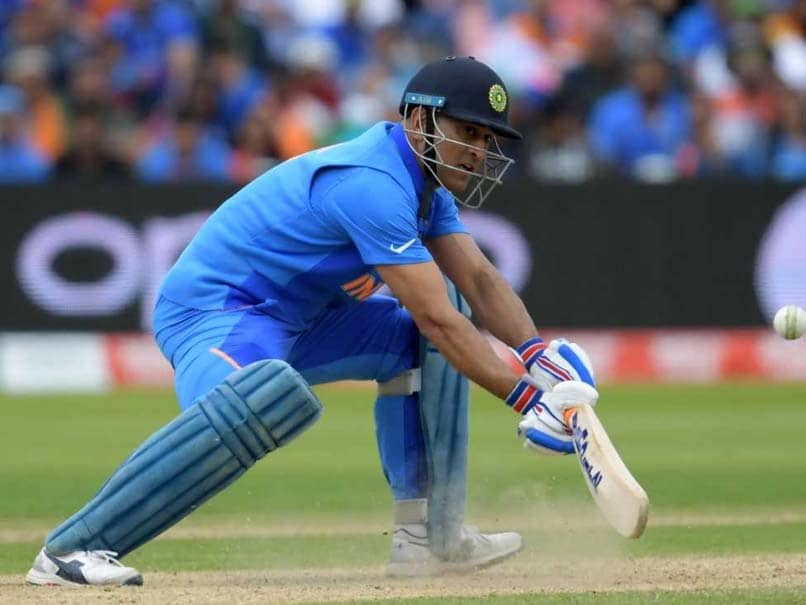 Had Mahendra Singh Dhoni not been run out by mere two inches in the 49th over, would he have pulled off a miraculous victory for India in the World Cup semi-final against New Zealand at Old Trafford on Wednesday?

The truth is—much like Frank R. Stockton’s famous short story Lady, or the Tiger?—we can only speculate about the climax.

Stockton may have deliberately kept his readers guessing in order to add to the intrigue, but Dhoni’s run-out with nine deliveries remaining was a stroke of misfortune that befell Team India which lost by 18 runs.

Demoralised Indian fans were left pondering over what went wrong with the Men in Blue who made a hash of a fairly simple chase that had been set up by their bowlers on rain-affected Tuesday.

Many are questioning the team management’s decision to hold back Dhoni despite losing three wickets for just five runs. The crying need of the hour was someone with a cool head and loads of experience to hold firm and rebuild the innings. The situation was tailormade for Dhoni, yet the team management blundered by sending in Rishabh Pant (No.4), Dinesh Karthik (No.5) and Hardik Pandya at No. 6. It was not until the fall of the fifth wicket at 71 that Dhoni came out to bat. India needed 169 runs from 27.1 overs at that stage.

It appeared to be a lost cause when Pandya was back in the dressing room with just 92 runs on the board in 30.3 overs. Ravindra Jadeja, however, seemed to have a different idea. The left-handed all-rounder went on to play the most memorable knock of his career by forging a 116-run partnership off 104 balls to bring India right back into the chase. Jadeja’s flamboyance fetched him four sixes and as many boundaries in his 59-ball 77 before he perished while trying to force the pace.

Jadeja’s aggression was complemented by Dhoni’s cool and collective approach. But so intent was Dhoni on not giving away his wicket and taking the game deep that he ended up playing too many dot balls which allowed the asking rate to shoot up to 10 over runs per over.

With 52 runs needed off the last five overs, Jadeja and Dhoni milked Trent Boult for 10 runs in 46th over. The next one bowled by Matt Henry yielded only five. And when Jadeja holed out in the deep off Boult in the 48th over, India still needed 32 off 13 balls.

Even though Dhoni slashed Lockie Ferguson’s first ball off the 49th over for a six over the point boundary, he simply had too much to do to get India home. A dot ball, courtesy a yorker, added to the pressure and prompted Dhoni to attempt a risky second run off the next delivery and was run out by a direct hit by Martin Guptill from square leg.

As Dhoni left the ground shaking his head in disbelief, fans could not help but wonder whether it was the same ‘fearless finisher’ who had promoted himself ahead of an in-form Yuvraj Singh in the 2011 World Cup final against Sri Lanka in Mumbai and orchestrated a brilliant win,

At the peak of his prowess Dhoni would have launched a calculated offensive in such a manner that the match would have been won with 8-10 balls to spare.

On Wednesday, Dhoni miscalculated the time of his assault on a pitch where the ball refused to come on to the bat. His 50 came off 72 balls with just one boundary and a six. The fact that New Zealand batsmen had scored 10 runs or more in only two of the 50 overs they batted and he and Jadeja had managed the feat only thrice in the chase should have prompted Dhoni to pace his innings better instead of leaving it till the end for one big bash.

Unfortunately, the big bash never materialised and Dhoni’s ODI career ended in the same fashion as it had started in 2004—with a run-out.

(Disclaimer: The views expressed by the author are his own and do not necessarily represent that of the web portal.)

The author is a senior journalist based in Kolkata.