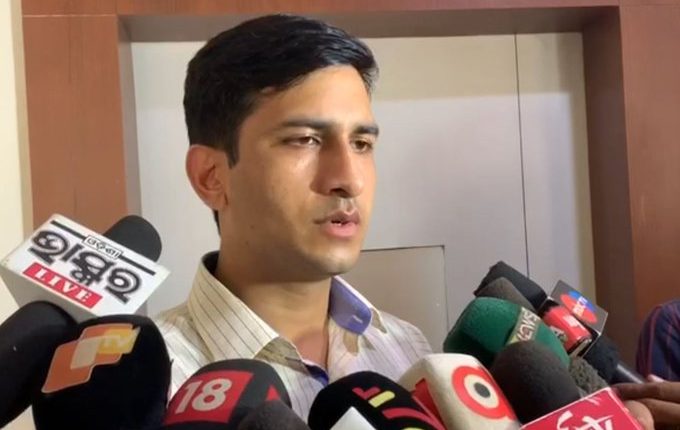 Bhubaneswar: Over 15 platoons of police force will be deployed in Odisha capital to maintain law and order during dotFEST slated to begin on Sunday, Bhubaneswar DCP Prateek Singh said on Saturday.

As part of the tight security arrangements, the sprawling IDCO Exhibition Ground, the venue of the mega event, will be put under the CCTV surveillance.

Of the 15 platoons to be deployed, five will be used to maintain traffic management. Two Additional DCPs. Six ACPs and 19 IICs and 52 ASIs will be mobilised to supervise the security during the second edition of dotFEST (Food, Entertainment, Stories or Trails)

Vehicular movement will be prohibited in the stretch between Ram Mandir square and Sachivalay Marg in the evening during the fest from January 15 to 24.

Giving details about the security measures, the DCP said that there will be seating capacity for around 7,600 visitors during the event at the venue where many celebrities will perform. People can also watch while standing and suitable arrangements have been made for this.

Four designated parking areas will be available for attendees. There will be six gates for entry and exit, and the entire area will be under CCTV surveillance.

Advising the ticket holders of both the Hockey World Cup and .Fest to use public transport (Mo Bus) service, he said it will help prevent traffic congestion and parking problems.

During the grand event, there will be over 30 stalls to serve mouth-watering delicacies from 16 countries which are participating in the world cup. This apart, tourists and visitors will also enjoy food items from different states and local cuisine.