Anyone For Vegan Burger That ‘Bleeds’! 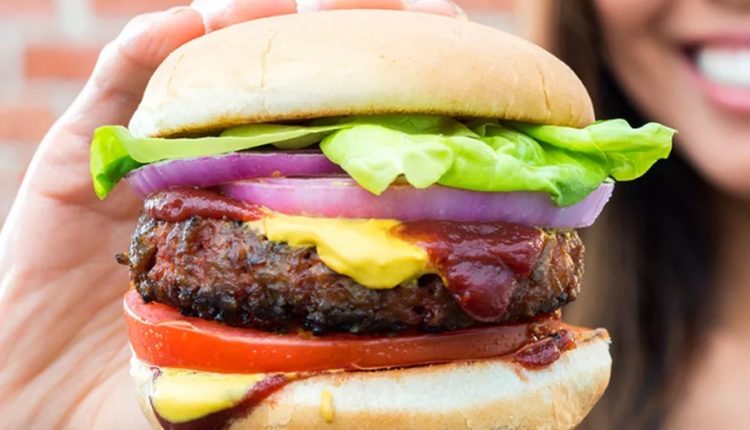 On my last trip for a conference, we had the Impossible Burger as our vegetarian option. A bite into it made me scrunch up my face in distaste, for it tasted very much like a meat one. I thought I had been given a meat one by mistake. A quick clarification from the caterers made me realise that it was actually a veg/vegan option. Made from modified soy protein, haem and other ingredients that are derived from genetically modified plants, it had the almost exact taste and texture of a juicy cooked meat burger. While I did not really appreciate the taste, my colleagues around the table couldn’t stop praising it as it gave them the option of eating a vegetarian/vegan meal without missing out on the flavours of meat, a win-win situation for them.

Nowadays, a lot of people are preferring vegan or vegetarian food or just reducing their meat intake, by choice. They may want to reduce it for health reasons, as eating meat increases risks of obesity, diabetes, heart disease and cancer. They may be doing it, just to be sympathetic towards the environment. Then there is the rise in “clean eating”, with people asking not just how but also who made the food and has it been sustainably and ethically produced?

This changing customer preference has resulted in a huge spike in demand for plant-based meat, as an alternative to actual meat. Almost every fast-food chain has at least one item as the vegan alternative in its menu. Companies like Impossible Foods, Beyond Meat and The Meatless Farm Company have stepped in not just to fill the void but also drive demand through raising awareness among the consumer base. With the market for it being predicted to be worth 85 billion USD by 2030, even major meat producers are investing in them.

This is creating a self-fulfilling cycle. A wider adoption leads to more investment, better manufacturing processes and better quality at lower costs. While the brand Impossible Food, who manufacture the impossible burger is only available in the US, there are many variations of it available across the world. They use innovative ways to manufacture these plant-based meats in the labs, be its alternatives to chicken, beef, pork or even fish.

The environmental impact of livestock farming is huge. It generates 14.5 per cent of the total global greenhouse gas emissions, greater than all transport put together. It uses 70 per cent of agricultural land and leads to deforestation with almost 1 to 2 acres of rainforests being cleared every second for animal agriculture. In addition to this, with the steady rise in global population, it will become impossible to keep up with demand, the traditional way.

Any reduction in meat consumption or a move to substitutes, will not only help preserve the environment but also ensure we have food available for future generations. So, the more people switch the more they will help assuage the environmental impact of animal farming on global pollution and climate change.

Since the plant-based alternatives are lab produced in a controlled environment they can be easily traced and produced, both sustainably and ethically. Then there is the advantage of being able to include more alternate proteins and higher fibre content in our diet, helping us stay healthy.

However, are they the answer to all our problems? Should we be giving up meat altogether? Probably, not yet.

Plant-based meat may not be as clean as they would like us to believe, on account of the ingredients used. They may use palm oil which is generally not sustainably produced or extensive genetically modified soybean instead of an organic version, with its own issues. In their quest to create the real experience they also use a lot of artificial food colouring, textural additives and have very high salt content. All of these combined are much worse off than say an oven-baked dish of organic chicken, in terms of taste, calories and nutrition.

The advances in science have made it possible to develop alternatives to meat without losing out on the flavours and textures. It has provided us with a way to help control the impact on climate change. However, it has not reached the level where we cannot tell the difference but it is rapidly getting there.

As Pat Brown, CEO of Impossible Foods, put it, “Unlike the cow, we get better at making meat every single day.” So sometime in the near future, a plant-based meat product will taste better than the real deal. However, unlike the difference in quality and cost of the actual meat, it will provide us with consistent quality at a fixed price point. Meanwhile, we may need to support the cause by at least becoming a flexitarian, if not a vegetarian or vegan.

Odisha Cabinet To Meet Tomorrow; 12 Proposals Likely To Get Approval

Lockdown Routines: Purabi And Her Team Motivating People To…