As OTT Revolutionizes Entertainment Industry, Audience Will Be The Winners 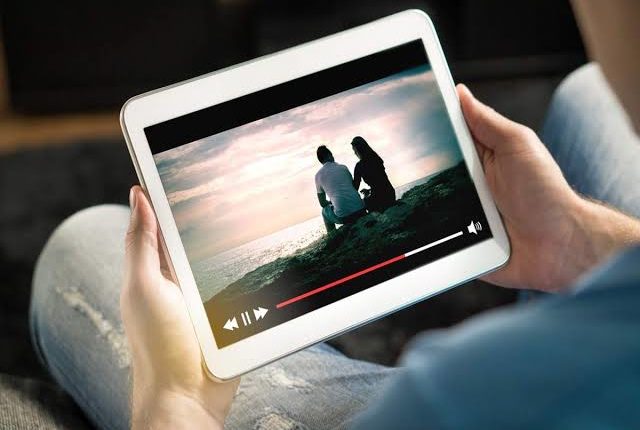 Yesterday, we had a movie night. I got popcorn, a sweet flavour for me, and settled down with my friends to watch a new movie. The difference was that we were all in our own homes, watching in sync on OTT platform Netflix, while chatting over a video call.

The pandemic is changing our entire way of life. The fundamental definition of every word and activity has changed. As with other things, this new movie experience has been the reality over the last few months.

By the time life returns to normal, this may well become the new normal, as we may no longer wish to risk stepping into the confines of a theatre. Instead, we are looking at recreating alternative entertainment experiences like watching over OTT, from the comfort of our homes. The entire theatre experience may become a luxury rather than the norm and many of us may do it occasionally rather than regularly.

OTT, acronym for Over the Top, is the streaming of entertainment and media, using the internet. Basically, there are three OTT revenue models — AVOD (free and ad-supported services like Roku), TVOD (transactional services such as iTunes, Vimeo On Demand and Amazon Rent or buy Video that allow users to pay for individual pieces of content) and the most prevalent model SVOD (subscription-based services such as Netflix, Amazon Prime, Apple TV+, Disney+ etc). Of course, companies like Amazon have hybrid models of SVOD & TVOD, where you can watch some content free, as part of the subscription and buy or rent others.

The OTT model originally gained traction among the tech savvy millennials. However, with the growth of smart phone usage and faster internet, it then found resonance across generations. Now, confinement at home has led to a massive growth in OTT over the first quarter. Netflix alone added 16 million new subscribers in the first quarter of 2020, more than double the Wall Street prediction.

The primary attraction of OTT is its ability to offer a wide variety of content, personalized for individual users, sometimes in the same family. While children in Gen Alpha may go for cartoons and superhero-themed movies, we can have old hits, romantics and all types of movies catering to everyone’s preference, in addition to releasing the latest movies online.

In fact, OTT platforms leverage the use of Data analytics and Artificial intelligence to evaluate consumption pattern and personalize content for every individual profile, even within one account. This analysis ultimately feeds into finetuning the production of movies and TV shows itself.

It not only helps earn money for old movies and TV shows that were once popular but even new movies can be released via OTT assuring them a guaranteed return. Post pandemic, when theatres open, they can also have a second release via OTT after an initial theatre release. If people wait, they can watch it later at a fraction of the cost of the theatre experience and by spending much less time.

Even buying the latest movies to watch on the release day, via TVOD services, costs way less than taking the whole family out considering transport, ticket and food costs. In addition to this, the comfort of not needing to sync everyone’s calendar, being able to watch it multiple times and to pause and play just adds to the allure, in our time-constrained lives.

On another front, it will also help decrease and eradicate piracy over time, as the market itself will cease to exist, with everything being legally available at some point.

Theatres see it as a threat right now. Most of us are aware of the controversy surrounding the scathing official statement released by INOX, condemning production houses’ decision to release their movies via OTT and skipping the indefinite uncertainty of the theatrical release. It will probably be taught in B-Schools as a case study of how not to write corporate communication. Although INOX learnt a lesson and PVR did a great job of it, the fear of losing control was palpable from the two largest cinema chains.

However, given the situation, the way forward may not be a case of either theatre or OTT, but a case of complementing each other.

The concept of Friday releases, date clashes and number of shows may become irrelevant, when you can release a movie every day of the week at a much lower cost to a much larger audience.

OTT opens up new markets as the audience base will increase overtime. There will be no seat restriction on the number of people and number of times they watch, so overall the market dynamics will change. It may result in expansion of the industry with new jobs and opportunities on both sides of the proverbial scene.

It may even level the playing field for people who do not have clout but have talent, as the power to choose will shift back to the audience. The audience can decide which movie and who to watch, rather than be forced to watch a handful of carefully curated movies and released on a particular day, by the powerful media houses.

It may also result in the box office success rules being redefined, as we can no longer depend on the theatre earnings of the first day or first week to measure success.

The OTT platform itself has to evolve over time. Netflix could not rest on its laurels despite a bumper Q1 as its shares fell after earnings missed in Q2 due to weak subscriber guidance for third quarter of 2020. The reason it gave was most users had already subscribed in Q1.

Adding the complexity of data security due to content personalization and impending market regulation, the OTT platforms themselves face many challenges to find growth in a market that is going to get increasingly competitive.

It will be interesting to watch how the entire entertainment and media industry reacts to this seismic shift and where it moves, in the next few years.

Meanwhile, the audience will grow — both in terms of size and demand. It may result in additional quality content tailored to our preferences, being available for our consumption, across multiple platforms.

We, the audience, may turn out to be the ultimate winners in this entertainment revolution.