ASI To Examine Neelachakra Of Jagannath Temple During Rath Yatra 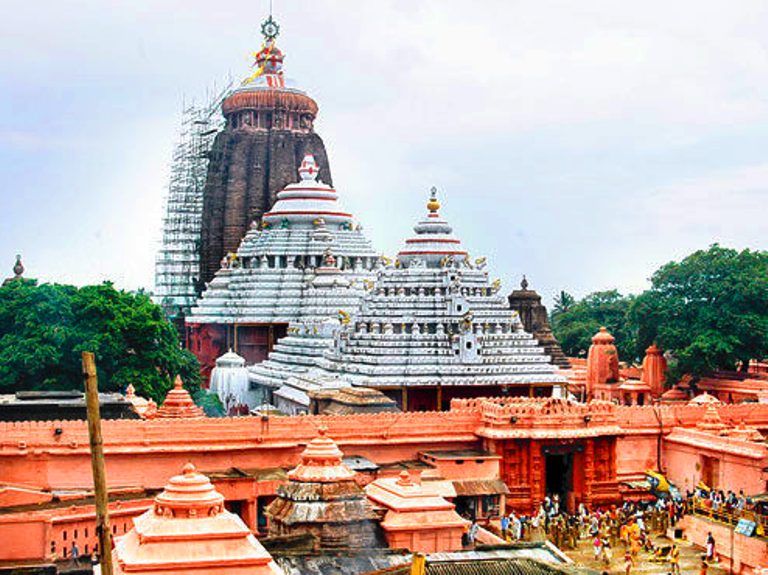 Puri: The Archaeological Survey of India (ASI), which is yet to complete repairing the outer wall of Jagannath temple, damaged when an iron scaffolding crashed against it during the extremely severe cyclonic storm Fani on May 3, has again decided to put up the scaffolding.

A senior ASI official told mediapersons here that a decision has been taken to complete repair work of the main temple during the Rath Yatra.

“As the Lords are presently placed in the sanctum sanctorum, there will be no repair work in the upper portion of the temple. Keeping this in view, it has been decided that repair work will be taken up from the day of Rath Yatra on July 4, when the Lords will leave on a 9-day sojourn to the Gundicha temple. Repair work will be completed before the Lords’ entry into the temple after Suna Besha,” he said.

The official said the iron scaffolding would be put up again around the main temple wall to examine the condition of the Neelachakra, Kanakamundi (on which the Kalasa is placed) and the outer wall. “If there is any crack, we will repair it. After the repair work is completed, we will remove the scaffolding,” he said.

Archaeological Survey of India (ASI) director-general Usha Sharma, who had visited the temple on May 10, a week after the cyclone, had assured that repair and restoration work of the temple will be completed before the Rath Yatra.

The iron scaffolding had been put up around the main temple by ASI to stitch cracks in the beam and roof joints. But the scaffolding could not sustain gale winds moving at over 200kmph when the storm made landfall, and left a one-and-a-half-inch-long mark on the Ramanandi Chita, akin to the Aanla Bedha (cap stone) under the Neelachakra (blue wheel) of the temple before crashing down. It also broke the ‘gara’ (a brass pot) placed atop the lord’s Bhoga Mandap.

Besides, the pot-shaped finial (Kalasa) of the Baraha Temple and the idols of two lions of the temple were also completely damaged when the scaffolding crashed.

According to senior servitor of the temple, Nrusingha Mahapatra, after colliding with the outer temple wall, the scaffolding opened up cracks in some parts of the temple. As a result, rainwater has begun seeping in through these cracks and entering the garva griha (sanctum sanctorum). Rainwater has also entered through cracks in the roof of the Jagmohan.

Odia Movie ‘Swaha’ To Be Screened At Cannes

Know The Guidelines For Rath Yatra Of Jagannath In…