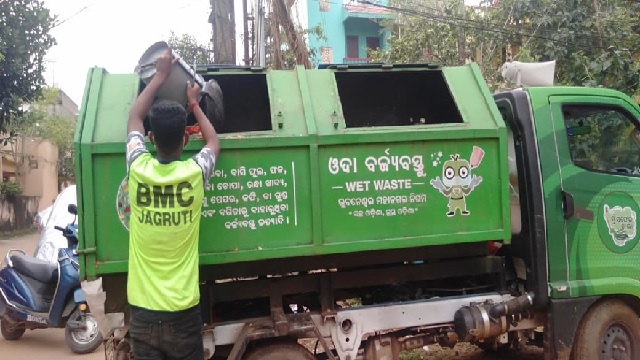 Bhubaneswar: The Bhubaneswar Municipal Corporation (BMC) has started collecting waste from vendors and market areas during the night ahead of the FIH Men’s Hockey World Cup.

According to sources, the civic body has formed sanitation teams with a focus on working for 24 hours cleanliness in and around Kalinga Stadium during the hockey event between January 13 and 29.

At least 57 garbage-lifting vehicles have been engaged for waste collection which begins at 3 pm and continues till late at night. “The service launched in view of the World Cup will continue even after the event is over. More vehicles will be engaged for this purpose,” TNIE reported BMC deputy commissioner Suvendu Sahoo as saying.

The civic body has divided roads surrounding the stadium into seven different zones. About 100 sanitary workers and 12 loaders will be deployed along with the required number of vehicles.

Besides, on-spot monitoring and central reporting have also been planned to ensure proper sanitation and cleaning in the area.

Notably, BMC has designated Sahoo and an assistant health officer as nodal officers for the smooth management of sanitation activities in and around Kalinga Stadium, where the World Cup matches will be played in the city.

WHO Alert On 2 Indian Syrups After Uzbekistan Child Deaths