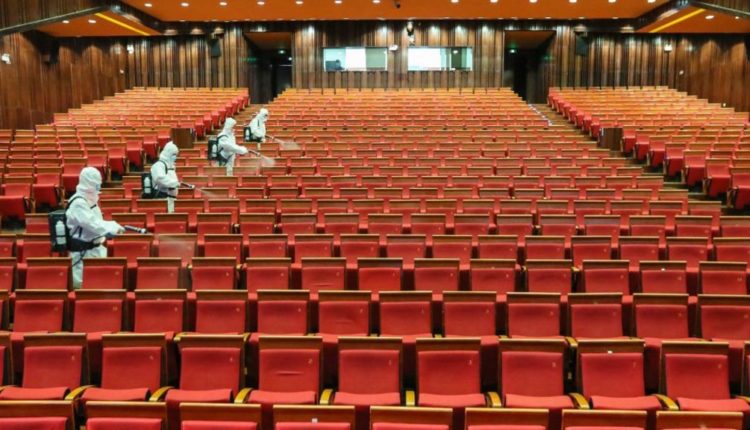 Long after the reopening of cinema halls post-COVID pandemic, I watched five films recently in Keshari Cinema, arguably the best single-screen movie hall in Bhubaneswar. Tickets in Keshari are priced between Rs 80 and Rs 250, much lower than what multiplexes charge.

All of the movies that I watched – Shamshera, Laal Singh Chaddha, Brahmastra, Vikram Vedha and PS-1 – were big-budget flicks with top stars and backed by big production houses. Besides PS-1, the other four movies faced intense boycott calls from political groups having loyalties to the BJP, which rules at the Centre.

As an avid movie watcher, I did not like Shamshera, which seemed outdated and reminded me of 1980s’ style of filmmaking. Rest of the movies, which were of different genres, were quite watchable.

Laal Singh Chaddha is a nice remake of the classic Hollywood movie Forrest Gump with adequate emotional quotients. Brahmastra does not have an extraordinary story but manages to hold viewers’ attention with fascinating visual effects.

Vikram Vedha, also a remake of a highly successful Tamil movie with the same name, has a tight script, powerful performances by the lead pair and excellent action sequences and photography. PS-1, on the other hand, is a period drama of epic proportions that takes one to the time of the Chola Empire which existed over a thousand years back.

The common narrative that films are flopping because of the boycott calls doesn’t seem to be convincing. Okay, at best, they may affect the first day’s business but from the next day, it’s the film that takes care of itself.

The contention of many Bollywood watchers about lack of content behind their failure doesn’t hold much water either as several films, including Laal Singh Chaddha, have failed despite having fairly good content.

Most people, in fact, miss a vital point about the bad run of films at the box office – the serious economic condition of the country post-COVID pandemic. People simply don’t have enough money to go to the cinema hall whenever a new film releases every Friday.

According to a World Bank report early this month, around 5.6 crore Indians may have descended to extreme poverty in 2020 due to the pandemic. On the other hand, the findings of People’s Research on India’s Consumer Economy (PRICE), a Mumbai-based think tank, in January revealed that the annual income of the poorest 20 per cent of Indian households declined 53 per cent in 2020-21 though they had been sustainably rising since 1995. Since January, India’s retail inflation has been consistently higher than the Reserve Bank of India’s comfort level of 6 per cent.

Many may argue that movies from the south Indian film industry are clicking at the box office. They forget that the mindset of an average moviegoer from south Indian states is very different from the one from north India. Just like people from West Bengal save money to travel, those from South India do the same thing to go to the cinema hall. It may not be an overstatement that the moviegoers from south India have saved their film industries from collapsing during the economic downturn.

Still, it is not a fact that all films from South India are doing roaring business. There may be a few blockbusters like KGF-2, RRR but many big-budget films starring mega stars like Chiranjeevi, Rajinikanth, Ajith and Vijay have underperformed at the box office.

On the other hand, the average moviegoer in North India stays back home when a film releases in cinema halls because of economic constraints and prefers to wait for its release on the OTT platform. The failure of Laal Singh Chaddha at the box office and its roaring viewership on the OTT platform is a case in point.

Like most Aamir Khan movies, Laal Singh Chaddha was also targeted at the family crowd. But the average family budget couldn’t afford to spend on multiplexes and popcorn. So families’ budgetary constraints, and not boycott calls, led to its poor box office performance. But when the film was streamed on Netflix, it emerged as the highest-viewed movie in India and the second-highest-viewed non-English movie globally on the platform, according to the streaming giant.

Why, then, KGF-2 and RRR did wonders at the box office in the Hindi belt, some may ask. The answer is, the moviegoers there have become very selective due to economic constraints and throng the theatres if there is some curiosity value around a film.

KGF had done extremely well and people were waiting for it. They were also curious about RRR because it was the first film from director S.S. Rajamouli after Bahubali 1 and Bahubali 2.

For the same reason, Bhul Bhulaiya 2 clicked, though on a smaller scale. On the other hand, crowds were attracted to Brahmastra because of curiosity about the breathtaking visual effects done never before in India.

Why, then, is this narrative of boycott calls being built? Obviously, it’s to divert the attention of the people from the core issue of the economic downturn.

Those responsible for the economic mess in the country don’t want people to know that like any business film business also suffers due to lack of money in people’s pockets. The media remote controlled by the rulers debate mostly about why the films were being boycotted rather than the economic reasons behind their bad run at the box office.

PS: Except Shamshera, all four films mentioned above seemed to draw fairly good crowds to Keshari Cinema because of comparatively moderate ticket pricing.

Allegations Of Husband Being Womaniser Or Alcoholic Without Proof Amounts To Cruelty, Says Bombay HC