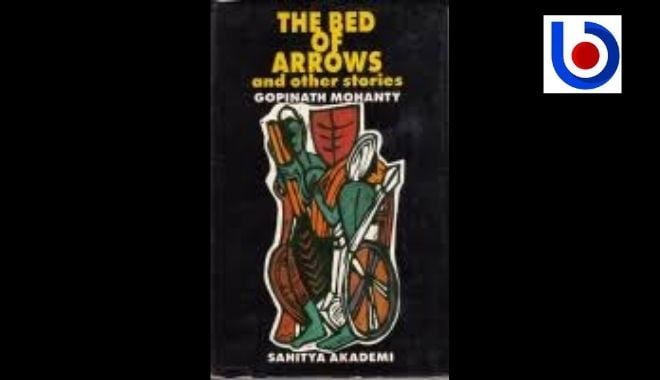 With the 107th birth anniversary of eminent writer Gopinath Mohanty just round the corner (April 20), one of his less-discussed characters Kamala comes to mind. The character appeared in his story ‘The Bed of Arrows’ from the collection ‘The Bed of Arrows and other stories’ published in 1995. From the writer’s 24 novels, 12 collections of short stories and three plays, most of Mohanty’s writings are based on tribal language and culture. But Kamala is a character set outside his usual framework. She is the wife of a professor of literature named Sura.

Kamala is an ailing wife – who had finished only lower primary school in a village. For Sura –  the genius professor, his wife was ‘a complete illiterate’.  Whether Sura’s drifting away to his colleague Chandramidha was the result of this gap in education or Kamala’s ailment is debatable. Maybe, her prolonged illness encouraged Sura to look for what he had always been seeking for. The ailment seemed like his ticket to a newfound freedom that Kamala understood very well. Dwelling on the past glorious days of warmth and affection between them in their youth, Kamala wondered whether he had ever really loved her: “The more she looked back at her life, the more she was convinced Sura had never really loved her. He had only loved himself and used her as nothing more than a prop, an accessory, a support, for his self-love to clutch on to and to grow.”

While Kamala was sinking in her sickness, Sura glowed in his new love “exuding the radiance of someone in the first flush of love.” While it pained Kamala to find Sura reeking strongly of ladies’ perfume most evenings, she could not do much about it. She baffled at the hypocrisy of her ‘loving’ husband who often preached of morality, physical faithfulness and often spoke against mental infidelity. She reminisced about her husband scoffing at the idea of remarriage whenever she broached it after her illness and also thought about the suspicious reactions of her husband when she even faintly liked any man (Bishi), forget desiring or even flirting with them. Was he the same man with these thoughts and actions who was weaving dreams of his life with Chandramidha upon her death? Kamala warned Indramani: “The world has always been like this. Don’t ever trust men.”

Kamala could not accept her husband’s affair with Chandramidha. Nor could she entirely reject it. Part of her wished to embrace death soon so that she would not have to bear this infidelity. Another part of her wished him well because she could not desire his unhappiness: “Wasn’t his face becoming lined from worry, from the sleepless nights he spent by her bedside? How could she be so ungrateful? Besides, there had been moments of great happiness when they were newly married. For the sake of those alone she should get over her jealousy and selfishness and cover him with prayers and blessings, like petals: let him be eternally happy, let everyone be ever so happy, let the flame of her life die, let her husband be free…” Perhaps, the writer wants to show Kamala as a victim of the patriarchal society who has such a sacrificial bent of mind that she even justifies her husband’s affair. It is also the guilt of a wife who isn’t able to provide anything for her husband – whether emotional or physical. She feels the distance between them and covers it up by thinking about her limited education and the happiness in their initial days of marriage.

Kamala, I feel, at some point and in many ways wants to become Chandramidha – highly educated, well-travelled, youthful and healthy – free of her bed-ridden sickly body that has taken away Sura from her. She recalls some bitter insults from Sura: “Kama, I could have gone places if only I’d a wife to help me out a little. Getting a D.Litt wouldn’t have remained only a distant dream…Kama, you Indian women make good housewives but poor partners; mentally and academically you’re all miles behind your husbands.” Mohanty has deftly brought out the hypocrisy of some Indian men through a character like Sura who are ungrateful about their wife’s involvement in household chores and raising their children. These women sadly aspire to become like those women with whom their husbands are romantically involved. Kamala felt comforted and strengthened to think of other women who were in worse pain – like her friend Sobhana. Measuring Sobhana’s husband against her own, she again sympathized with Sura. Mohanty evokes the helplessness of women like Kamala, who do not have the strength to break away from a marriage and walk out of it. At some level, the writer brings out their bravery, rather than their weakness.