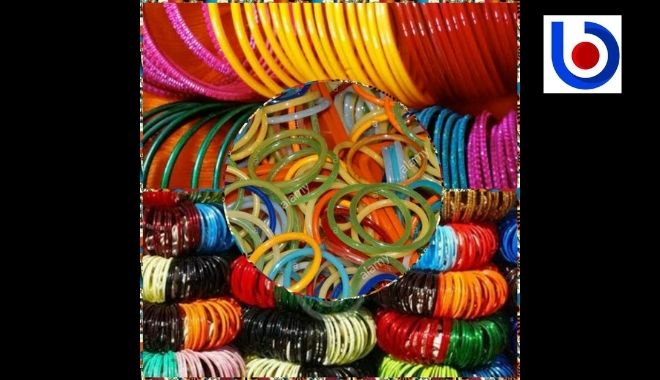 A whiff of monsoon, greenery everywhere, the aroma of wet mud in Odisha and the womenfolk here are eager to celebrate the festival of Raja that is round the corner. Raja, basically a rural and agrarian festival that celebrates womanhood and the menstrual cycle, espouses a vivid memory of ‘Asman Tara’ bangles and the old bangle seller of Laxmikanta Mahapatra. Many of the memorable literary characters are unnamed; is it because: “A rose by any other name would smell as sweet?” Or perhaps, Mahapatra wanted the readers to focus more on the incidents in the story rather than get digressed by the names of his characters. Perhaps, that is why none of the characters in this story are named, not just the old bangle seller who can be presumed to be the central protagonist.

The old bangle seller’s love at first sight for the young lady (again unnamed) might be mistaken for evoking sexual connotations: “The old man looked up at her and was struck by her beauty. Her face was like a sculpture and radiant like a champak flower. The red silk sari she wore down to her ankles revealed her svelte figure. The old man’s eyes, lit with joy, stayed riveted on her face. His eyes feasted on her and he wanted to say his bangle selling spiel, but couldn’t find the words.” When the old bangle seller addresses the young lady as ‘mother’, the entire affection of his feelings seems to take a different turn. Again, a reader might feel it is fatherly affection because in a place like Odisha, daughters are sometimes fondly addressed by parents as ‘Maa’. However, when the bangle seller tells the lady, “Am I not your old son, huh? Do mothers feel shy with their children?” it is only then the reader seems to gauge the real feelings of the bangle seller. The feelings of affection somehow bring Rabindranath Tagore’s Kabuliwala to mind – the filial affection Rahman had for Mini. Both Tagore and Mahapatra have beautifully explored unexplained, unadulterated, pure love (other than physical love) for an absolute stranger that binds two individuals mysteriously. At times, water can be thicker than blood!

The character of the old bangle seller might seem at first banal and confirmative. But when we see a poor old man who is barely able to make his ends meet give away bangles for free to the wife of a landlord (who can easily afford them), one wonders what stuff he is made of. When the young lady’s mother-in-law insists on paying the bangle seller, he says: “It’s my gift to Mother. Sorry, I can’t accept money for them. A few bangles will not make me poorer than I already am.” And mind you! It was not just once. He never took any money from his ‘little Mother’.

Just a glance of his ‘little Mother’ would make the old man happy, even though she did not ‘buy’ any bangles from him. Even if she did, he would not accept any money. The festival of Raja gave the old man an occasion and reason to painstakingly make some Asman Tara bangles for the young lady – it was her earnest desire to wear them. Though very sick and sensing his end was near, the bangle seller is able to carve the most beautiful bangles – the best of his life and drags along to gift it to his little Mother. His illness was not an impediment in carving the most beautiful bangles – this shows his undiluted affection for the young lady.

When the old man tells the lady’s mother-in-law: “Where’s Mother? I’ve got Asman-tara bangles for her. She’ll wear them for the Raja”, the lady tries to dismiss the old man by saying: “Nobody in this house now will ever need new bangles.” But when he insists to see her, the young lady (now widowed) appears in front of her old son and the bangle seller breaks the bangles into smithereens. Though traditionally, bangles are associated with Indian matrimony, one wonders how young unmarried girls are still allowed to wear them. In Sarojini Naidu’s poem “The Bangle Sellers”, she also alludes bright objects like bangles to happy times:

“Who will buy these delicate, bright
Rainbow-tinted circles of light?
Lustrous tokens of radiant lives,
For happy daughters and happy wives.

Naidu does not limit bangles to married women. She includes “happy daughters” too. The question is why is happiness associated with bangles? But she does associate different coloured bangles with women in their different phases of life: blue and silver for young maidens and red bangles for those married.
“Some are meet for a maiden’s wrist,
Silver and blue as the mountain mist,

……Some are like fields of sunlit corn,
Meet for a bride on her bridal morn.”

Coming back to the story, perhaps Asman Tara bangles were meant only for a married woman because the bangle seller himself says that the festival of Raja is a time for young girls and young married women to don new bangles. But have we ever given it a thought: why are certain bangles associated with marriage and married women?