Sunday Column: Characters & ColoursFeatured
By Manisha Mishra On May 30, 2021 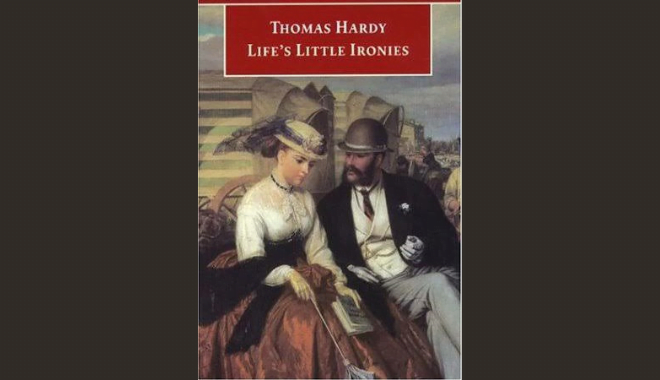 Often considered as a ‘Victorian realist’, Thomas Hardy is one of the most influential writers of the Victorian Age. Hardy had unconventional perspectives about subjects like religion, education, marriage and human relationships. His lens was quite different from his contemporary writers that sometimes branded him as a pessimist. More known for his novels like ‘Far from the Madding Crowd’, ‘The Mayor of Casterbridge’, ‘Tess of the D’Ubervilles’, ‘Jude the Obscure’ and his poetry, Hardy’s short stories have perhaps not got the attention they deserve. Some of his memorable collections of short stories include ‘The Wessex Tales’(1888), ‘Á Group of Noble Dames’(1891) ‘Life’s Little Ironies’(1894) and ‘A Changed Man and Other Tales’(1913).

Thomas Hardy was born on June 2, 1840. Personally, he is one of my favourite writers. His ‘Far from The Madding crowd’ had a profound effect on my young heart when I was doing my Masters in English Literature. Intrigued by the central protagonist Bathsheba Everdene, I began to whet my curiosity reading and understanding other heroines of Hardy. With Hardy’s birthday round the corner, let me share my impressions on one of his little known characters, Joana Phippard, who appears in his short story ‘To Please His Wife’ included in the collection ‘Life’s Little Ironies’.

Sailor Shadrach Jolliffe had just returned from the sea. He set his heart on Emily Hanning the moment he saw her; later on listening to the sea tales from him, Emily too was mesmerised by him: “Somehow Emily Hanning lost her heart to the sailor that Sunday night, and in the course of a week or two there was a tender understanding between them.” However, there appeared a rift in that ‘tender understanding’ when one day, Shadrach took a walk with Joana (whom he mistook for Emily from a distance). It is strange why Joana seduced Shadrach because in due course of the story we understand, she considered him below in social status. Maybe, a light flirtation to boost her ego, “…but in some way or the other Joanna contrived to wean him away from her gentler and younger rival.”

When rumours of Joana marrying Shadrach spread, Emily was heart-broken. Joana realised she wasn’t too deeply in love with the sailor and “she would not strongly object to give him back to Emily if her friend felt so badly about him.” But seeing Shadrach kiss Emily passionately in her stationery-shop espoused feelings of envy in Joana and she decided not to give him away to her friend. We witness the complexity of the transition of emotions in Joana – changing from goodness and sensitivity to jealousy and ego. Maybe somewhere she felt she deserved all the passion, love and attention of Shadrach more than her friend Emily, even if she did not love him that much. Shadrach, for her, was a fleeting passion, whom she did not give up because of her pride, arrogance and a strange sense of rivalry: “The sight of that caress had reversed all her resolutions. She could not let Shadrach go.”

Joana, because of her selfishness, is able to question the integrity of Shadrach and his commitment towards her. He being a ‘religious and scrupulous man’ marries Joana. However, Joana is still caught up in that strange competition with Emily who marries a richer man Mr. Lester. It seemed Joana was unhappy about Emily’s happiness because of which she lost all peace. She began comparing her material status with that of Emily. Hardy tries to portray unlimited human wants through the character of Joana.

“…and it now became a pain of Joanna to behold the woman whose place she had usurped out of pure covetousness, looking down from her position of comparative wealth upon the humble shop-window with its dusty sugar-loaves, heaps of raisins, and canisters of tea, over which it was her own lot to preside.”

Strangely, Emily was never jealous of Joana marrying Shadrach and this led to further disillusionment of Joana. Somewhere, Joana felt she had acquired nothing that could be a matter of envy for Emily. Her predicament made her more and more jealous of Emily’s riches. She sends Shadrach to the sea to earn more wealth. But even after he is back with a lot of riches, she is not satisfied. She tells Shadrach [referring to Emily]: “We count by hundreds; they count by thousands. They have set up a carriage and pair since you left.” Greed makes her drive her husband again to the sea and this time with her sons as Shadrach gives her a hope: “It would treble what I should get from the venture single-handed. Under my eye they would be as good as two more of myself.”

While Shadrach and her sons are away, we see Emily growing more sympathetic towards Joanna who thinks she is just looking down upon her. Examining the behaviour of Joanna towards Emily further reveals her complexities and insecurities. She blames Emily for her grief though she herself is responsible for it:

“Joanna: Nothing will repay me for the grief of their absence!

Emily: Then why did you let them go? You were doing fairly well.

Joana: I made them go!…And I’ll tell you why! I could not bear that we should be only muddling on, and you so rich and thriving! Now I have told you, and you may hate me if you will.”

Joanna is a victim of her own doings. Greed, insecurity and jealousy drive Joanna to the brink of insanity. Six years after they are gone, she still goes from Emily’s house (where she now stays) to knock at her own door hoping for the possibility of them being inside the house. She keeps hoping for her family to return from sea – in vain! And in due course of time, her intolerance towards Emily grows stronger: “I don’t like you! I can’t bear to see you!” Joanna thinks Emily is luckier. But she fails to realise that her character has brought about her destiny of doom.