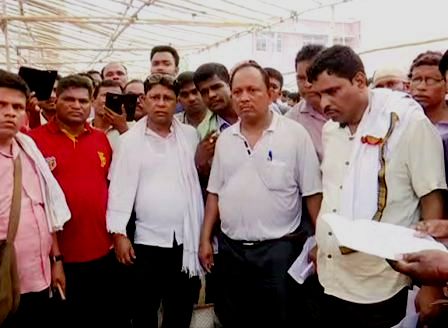 Kendrapara: Polling staff engaged in the fourth and final phase of polls in Kendrapara staged a dharna at the EVM disbursal centre after they were denied postal ballots to cast their own votes in.

Reports said the polling staff, after arriving at the EVM disbursal centre in the morning to receive EVM and other kits, inquired about the postal ballots to cast their votes, as they are away from their native place. But the officials did not take heed to their request and allegedly reprimanded them, after which the agitating staff sat on a dharna, saying they will not receive the EVMs till they are provided the postal ballots.

When contacted, chief electoral officer (CEO) Surendra Kumar said he would look into the issue soon. But a senior official of Kendrapara district said the polling staff will be provided postal ballots before they leave for their respective destination.