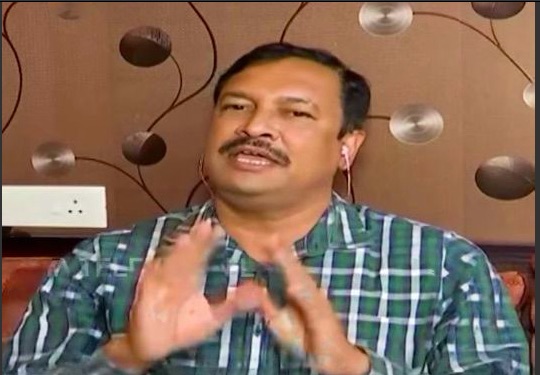 Bhubaneswar: Amid the ongoing debate between rationalists and ritualists in Odisha over the impacts of eclipses on our life, Deputy Director of Pathani Samanta Planetarium here Subhendu Pattnaik on Tuesday said that this is a chance to enjoy the disappearing act of the Moon, which will turn copper red, during the total lunar eclipse as such a phenomenon won’t occur for next three years.

Known as a blood moon, it will appear a reddish-orange from the light of Earth’s sunsets and sunrises. The next total lunar eclipse will take place on September 7, 2025, though there will be several partial eclipses in-between.

“Eclipse month is considered inauspicious for weddings, but my daughter will be tying the knot after two days. I liked the date, 11.11.2022 and both parties agreed to it and so the wedding will be solemnised on this day,” Pattnaik said, stressing that it is only a celestial phenomenon.

Pattanaik further said that he has been watching solar and lunar eclipses for the past 40 years and has never faced any problems because of them. “90% of people consume food during such eclipses. There is no connection between the two. Astrologers are now suggesting having light food but there is no scientific proof for the same,” he said.

A lot has changed in the last 30 years and one would witness huge gatherings at planetariums to witness the eclipse, he added.

According to the India Meteorological Department’s (IMD) Positional Astronomy Centre in Kolkata, the estimated time of moonrise in Bhubaneswar is 5.06 pm, Cuttack 5.05 pm, Puri 5.07 pm, Sambalpur 5.12 pm and Koraput 5.21 pm.

“The phenomenon will occur at 5.05 pm after sunset in Bhubaneswar and city denizens will be able to witness the total eclipse. Following this, the penumbral eclipse will begin to dim at 5.10 and end at 7.25 pm,” Pattnaik told Odisha Bytes.

Pattnaik also said that the total lunar eclipse will be visible across Odisha with a maximum of 2 to 3 minutes of time gap.

Except for clear skies and a pair of eyes, sky gazers don’t need any special equipment to observe the lunar eclipse, one of the easy-to-watch astronomical events, although binoculars or a telescope will enhance the view and the red colour.