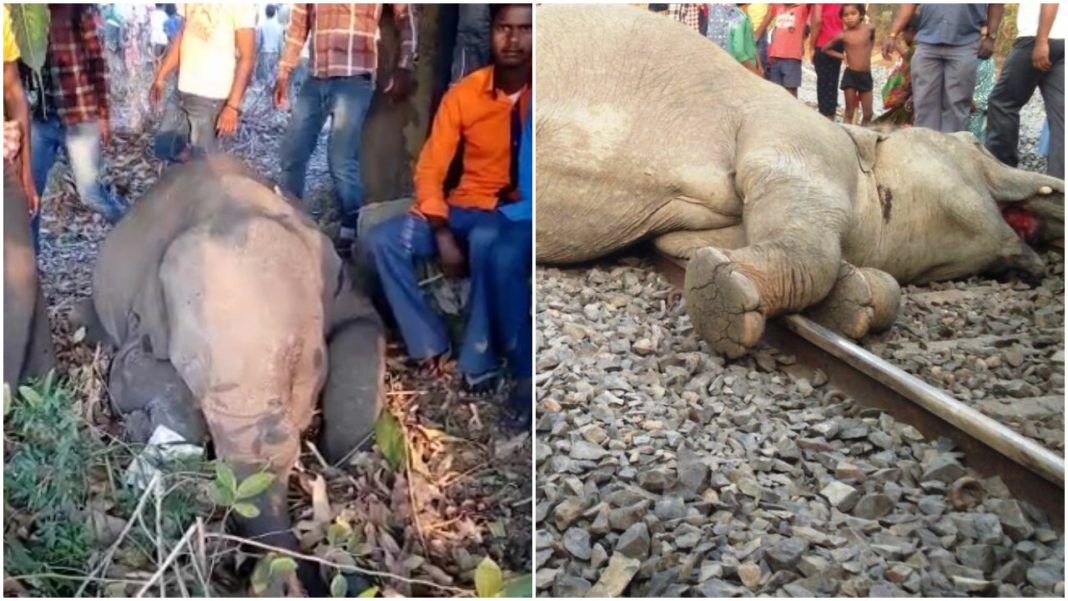 Bhubaneswar: On the morning of April 16, Odisha woke up to the tragic news of the death of four elephants, including a tusker and a calf who were mowed down by the Howrah-Mumbai mail at an unmanned track through Bagdihi forest range in Odisha’s Jharsuguda district.

All the pachyderms were killed under the impact of the collision; a tragedy which is considered worst in the state since 2012. Despite, forest department advisory to follow a specific speed while crossing elephant zone, such incidents keep occurring.

“A resolution about speeding of trains has already been enforced years ago. The railway officials have to abide by the instructions given by forest department. Only after they alert the movement of elephants, the railway takes appropriate steps,” says Sanjay Ghosh, CPRO, South-Eastern Railway.

As per statistics, since 2011-12, 22 elephants had lost their lives to speeding trains.

After the December 2012 incident, in which five elephants were mowed down by speeding Coromandal Express at Subalaya in Rambha Range Of Ganjam district, a special committee had been formed to investigate the matter and suggest possible solutions.

Though the number went down to zero accidents in 2016-17 and only two cases were reprted in 2017-18, the April 16 accident has once again brought the conflict to the fore. “One of the reasons of why the number of elephants being killed by running trains has once again increased, is because of the increased frequency of trains. Earlier, the tracks used to remain empty for at least 30 minutes to an hour, but today, trains crosses every 10 minutes. Also, the speed of the trains including goods train has increased a great deal,” says Biswajit Mohanty, a wildlife activist and a committee member.

While Dhenkanal, Keonjhar and Ganjam districts have been identified as dangerous spots for elephants, after the Jharsuguda incident, it has also come under the black spot category.

Besides, control in speed of trains, activists now call for infrastructural improvement to deal with the issue of elephant deaths.