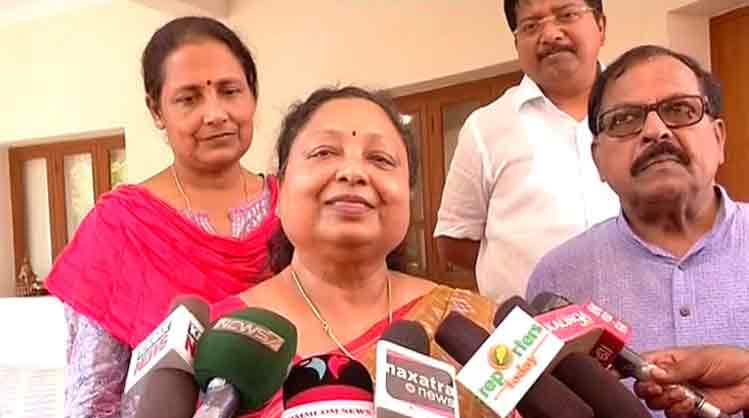 Bhubaneswar: BJD leader and former Kendrapara MLA, Sipra Mallick, who had filed her nomination as an independent candidate on Tuesday criticising the party leadership’s decision to deny her ticket for Assembly polls, surprised one and all on Wednesday by announcing that she would withdraw her nomination.

“I was willing to contest from Kendrapara Assembly seat as I had the support of the people in the constituency. But abiding by the directive of the party leadership, I will withdraw my nomination unconditionally,” Sipra told the media after meeting BJD president and Chief Minister Naveen Patnaik at the Naveen Niwas here.

“I will remain with the people even if Sashi Bhai (Finance minister Sashi Bhusan Behera) is elected as the party candidate from Kendrapara and discharge my duty as that of a MLA,” she added.

Notably, Sipra had filed her nomination as an Independent candidate after BJD fielded Sashi Bhusan as its official candidate for Kendrapara seat.

After filing her nomination as an Independent candidate on Tuesday, she had expressed displeasure over the decision of the party high command. “The Chief Minister during his visit to Kendrapara recently had spoken about the 33 per cent reservation for women. But he went contrary to his announcement by not considering my candidature. The party has done injustice to me as well as betrayed me,” she added.

Sipra had won the Kendrapara Assembly seat on a BJD ticket in 2009. The Conch party also ignored sitting MLA Kishore Tarai and fielded the finance minister from the seat instead this time.

Notably, Sashi Behera, who was elected from Jayadeb constituency in Bhubaneswar in 2014, has been replaced by the BJD candidate Arabinda Dhali. There was confusion and uncertainty over his candidature and the party leadership finally gave him the ticket to contest from Kendrapara.

Saddam Hussein Keeps The Faith At This Bengaluru Temple