‘Fair’ Is Not Necessarily ‘Lovely’ 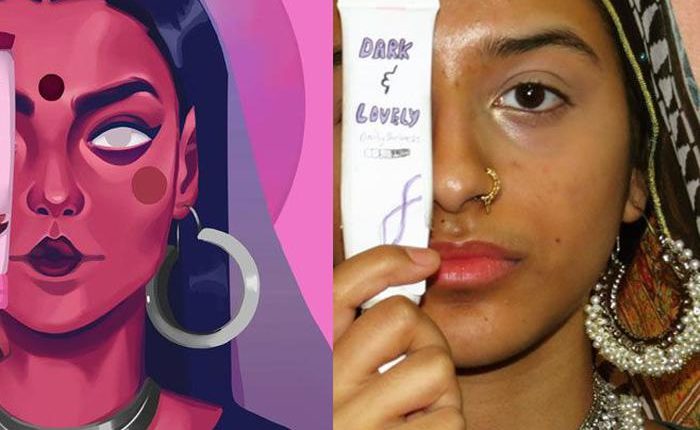 Now you can be ‘lovely’ without having to be ‘fair’. So, after years of backlash for promoting colourism and racism, Hindustan Unilever has finally, ‘in all fairness’ removed the word ‘fair’ from its top-selling brand ‘Fair & Lovely’.

From Bollywood to the remotest village of India, ‘Fair is beautiful’ is like a norm. India’s obsession with fair skin goes back a long way. Flipping through the pages of medieval and modern history, we find that from Mughals to the British, the rulers have either been fair-skinned while the slaves have a dark skin tone. Besides, one cannot shut their eyes to the association between casteism and colourism. We have been conditioned to believe that the upper-caste, the Brahmins, are always light-skinned and touchable while the lower castes like the Dalits are dark-skinned and thus untouchable. In short, we are conditioned to a fair/lighter skin.

Initially, only women were judged by fair skin, but now men are no exception. The fairness cream market that focused on feminine beauty now caters to Indian men too. Products marketed to men promise to fight sweat, give them a fairer skin tone, and attract women. Bleaching the skin is not a superficial fashion, it is a strategy of assimilating a superior identity that reflects a deep-rooted belief that fair skin is better, more powerful, and prettier.

In this context, rebranding ‘Fair & Lovely’ may not suddenly stop the country’s obsession with fair skin, but it will at least stop validating that ‘fair is successful’.

The younger generation has now started to push back. Some years ago, 18-year-old Aranya Johar published her Brown Girl’s Guide To Beauty on Youtube. The video, a spoken-word poem containing lines like “Forget snow-white/say hello to chocolate brown/I’ll write my own fairy-tale” went viral, reaching 1.5 million viewers around the world on its first day alone. It’s not been the dark man’s burden in this majority-non-white nation to desire a westernised concept of beauty. It will definitely pave a way for “Dark is beautiful too”. The profound stigma attached to dark skin will slow down gradually. People need to emphasise on the fact that confidence isn’t about skin colour but about a healthy skin.

Thankfully, many celebrities are spearheading the movement against the ‘fair skin obsession’ syndrome. Actress Kangana Ranaut rejected a fairness cream deal worth nearly two crores. Actress Nandita Das also campaigned for ‘Dark is Beautiful’ and spoke out against subtle racism in the Indian society and the film industry.

‘Sushant’s Death Has Opened A Can Of Worms’; Read What Shobha De Has To Say About Bollywood