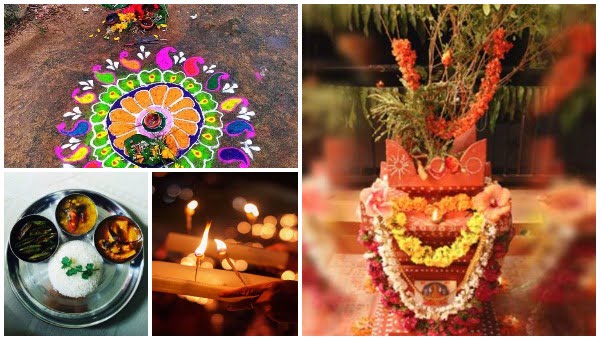 Bhubaneswar: It’s Panchuka time, which begins on Bada Ekadashi and is observed on the last five days of the Kartika, the holiest month of the Hindu calendar, in Odisha.

It is a practice among Odias to give up non-vegetarian food during Kartika month. Those who cannot observe it for the entire month, give up eating non-vegetarian food on these last five days, which is also known as Bagарanchuka or the period during which it is said, even cranes turn pious and abandon eating fish.

Since this Ekadashi falls on Monday, it is also described as ‘Raja’ Panchuka. “This is auspicious and will bring happiness, peace and a possibility of owning a vehicle. Good food and a great travelling experience would accompany, but only if you are observing Panchuka. These conclusions have been drawn by people from their past experiences,” he said.

On Ekadasi, people light 1 lakh lamps and do parikrama of Jagannath temple in Puri. “This also marks the beginning of the auspicious period when weddings and thread ceremonies can be conducted. Ekadasi belongs to Vishnu and Chaturdasi to Shiva,” he said.

Rath further said that the last day of Panchuka is also called Tripurari Purnima, it was on this day that Lord Shiva vanquished Tripurasuras. It is also the birthday of Vrundavati.

“Though Ravana was killed on Bijayadasami, he breathed his last after 35 days on Kartika Purnima,” he said.

Lord Jagannath gives darshan to the devotees in Rajarajeswar Bhesa on this day, he averred.

“Lord Vishnu appeared in the form of a fish to save the four Vedas from the clutches of the demons and save Manu from the Jal Pralay on Kartika Purnima,” he informed.

These preceding five days are the preparatory phase for the advent of ‘Matsya Avatar’, he added.

“Habisa arna (food of the gods) and having meal once a day are the other important features of Kartika month when people take bath early in the morning,” he said.

People are also barred from cutting crops, trees and plucking flowers and fruits, he said, adding that this is also applicable for nails and hair.

“The aim is to lead a Swastik life in harmony with nature. Married couples are also asked to refrain from physical intimacy during this period,” he said.

The academic said that people sail boats made of banana plant barks/stems with coconut, bottle nut, chandan (sandalwood) and diya (lamp) in rivers across India. “It is considered auspicious,” he said.

Kartika Purnima is an amalgamation of all these occasions and hence, considered the holiest month, he added.

Married women also worship Goddess Vrundavati, wife of the demon Jalandhara at the altar with the sacred tulsi plant for the long life of their husbands. They decorate the place with beautiful Muruja or Rangoli designs in multi-coloured powders.

It is popularly believed that the chastity and purity of Vrundavati sustained the life of her husband, who had no dharma of his own to stand on. Thus by propitiating Vґundavati, they believe, they can earn the same merit.

Muruja is essential during this puja. Patterns are drawn on the floor in front of Tulsi Chaura. The white powder is obtained by grinding stones, green powder from dry leaves, black from burnt coconut shells, yellow from the petals of marigold flowers or turmeric and red from red clay or bricks. Devotees, who observe a month-long Kartika Brata, do not use black colour during Panchuka.